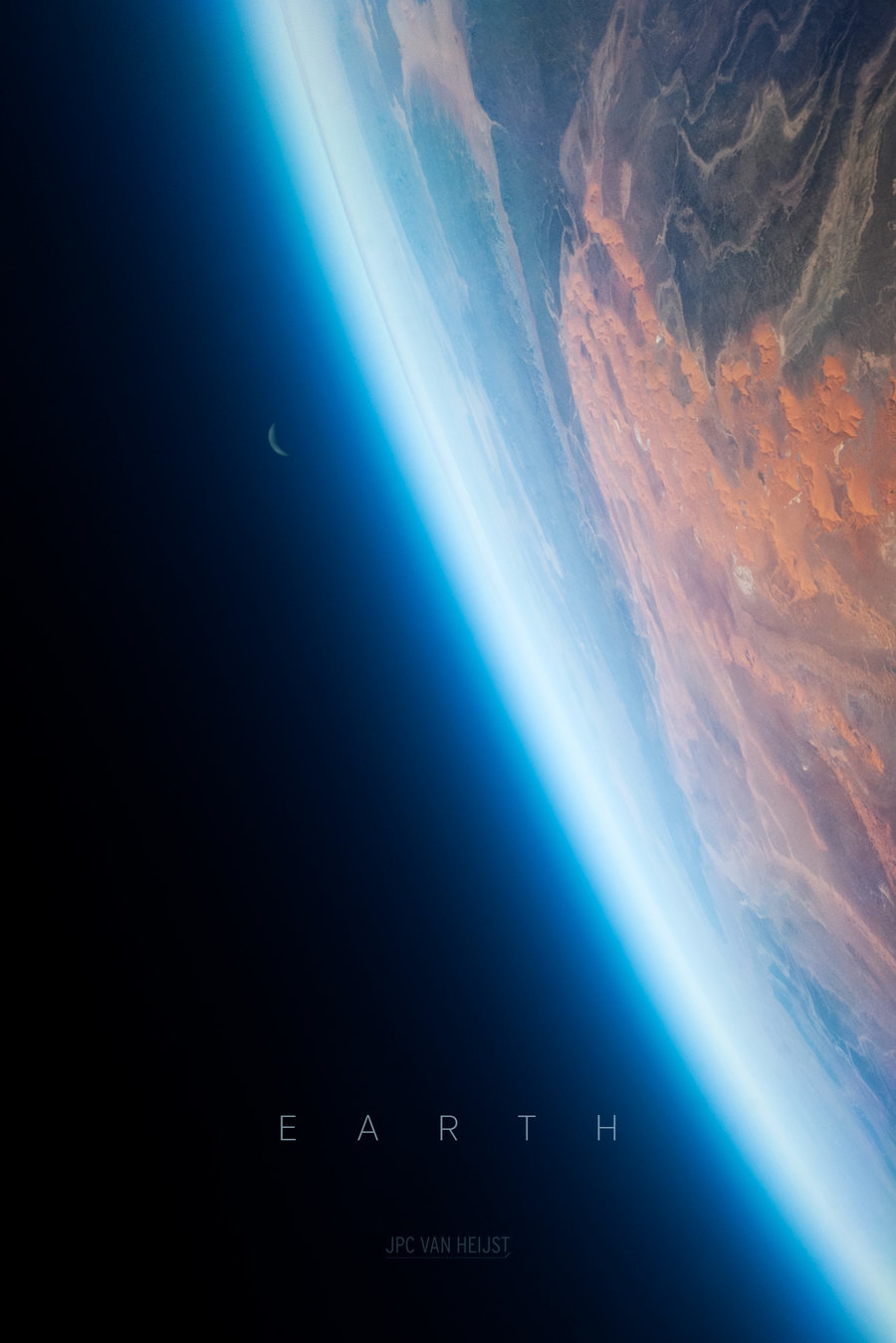 Our gigantic spherical spaceship, orbiting an average star for over 4,5 billion years now. No one knows how or why, but the mysterious transformation from inanimate matter into self-replicating organisms started almost immediately after oceans had formed. Life began.

Fast forward a few billion years of evolution and extinctions; a group of monkeys decided to walk on two legs, managed to control their fear of fire and developed consciousness. A pivotal moment: it was the first time an organism became aware of itself, surroundings and thoughts. This happened a few hundred thousand years ago, but in cosmological time-scales it took place pretty much last week.

Eons passed. Civilizations developed and disappeared, Gods worshiped and replaced, cities grown and grazed, heroes praised and forgotten. With a growing urge for understanding, sciences developed. And only a few generations ago, the atom was split and flying machines started climbing to where no eagle had flown before.
Fragile aeroplanes, flown by daredevil pilots having no clue about aerodynamics, let alone reliable engines. Sixty-three years later, less than one human lifespan, the first people walked on the moon, making the most momentous leap since life started in that little pond of goo, billions of years ago.

Technology is developing at an unprecedented rate and we'll be facing various technological threats and challenges in the near future. But I'm confident that we're on the verge of leaving our parental home and explore whatever awaits us out there.

Imagination is the key to success, combined with strong moral values and the will to act on them. And things are looking promising since Elon Musk combined those two perfectly, fuelling the inspiration of entire generations with his ambitious SpaceX endeavors.

Time to charge my camera batteries, the moon is waiting.