Apollo 11 - The most important event in history (7 minute read)

“We choose to go to the Moon,” Kennedy said. “We choose to go to the Moon in this decade and do the other things, not because they are easy, but because they are hard..” And with those words, John F. Kennedy ignited the most ambitious and audacious goal mankind has ever embarked upon. A bold one on top of it; the United States was in the middle of the Vietnam War and the country was defined by enormous social and economic problems. 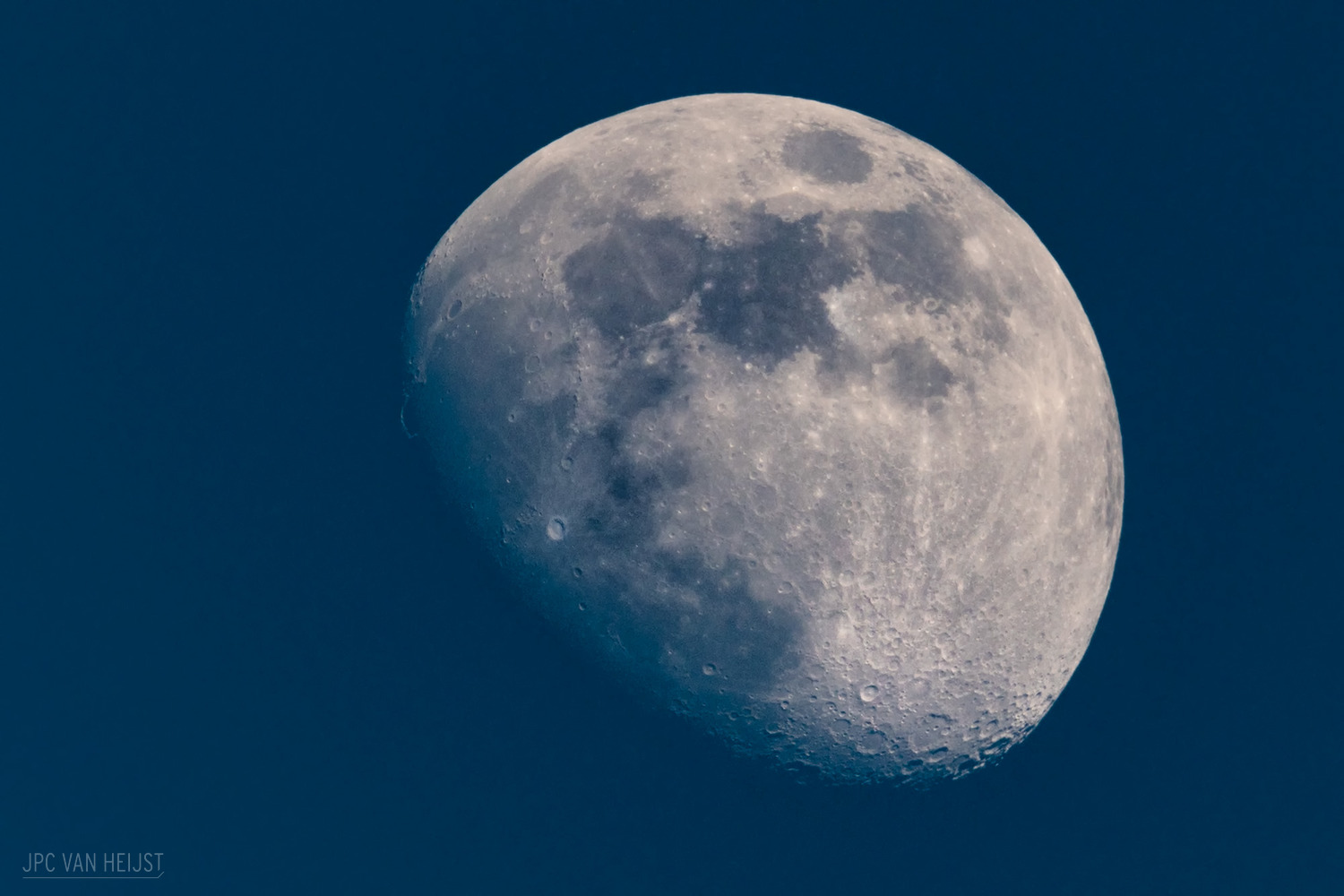 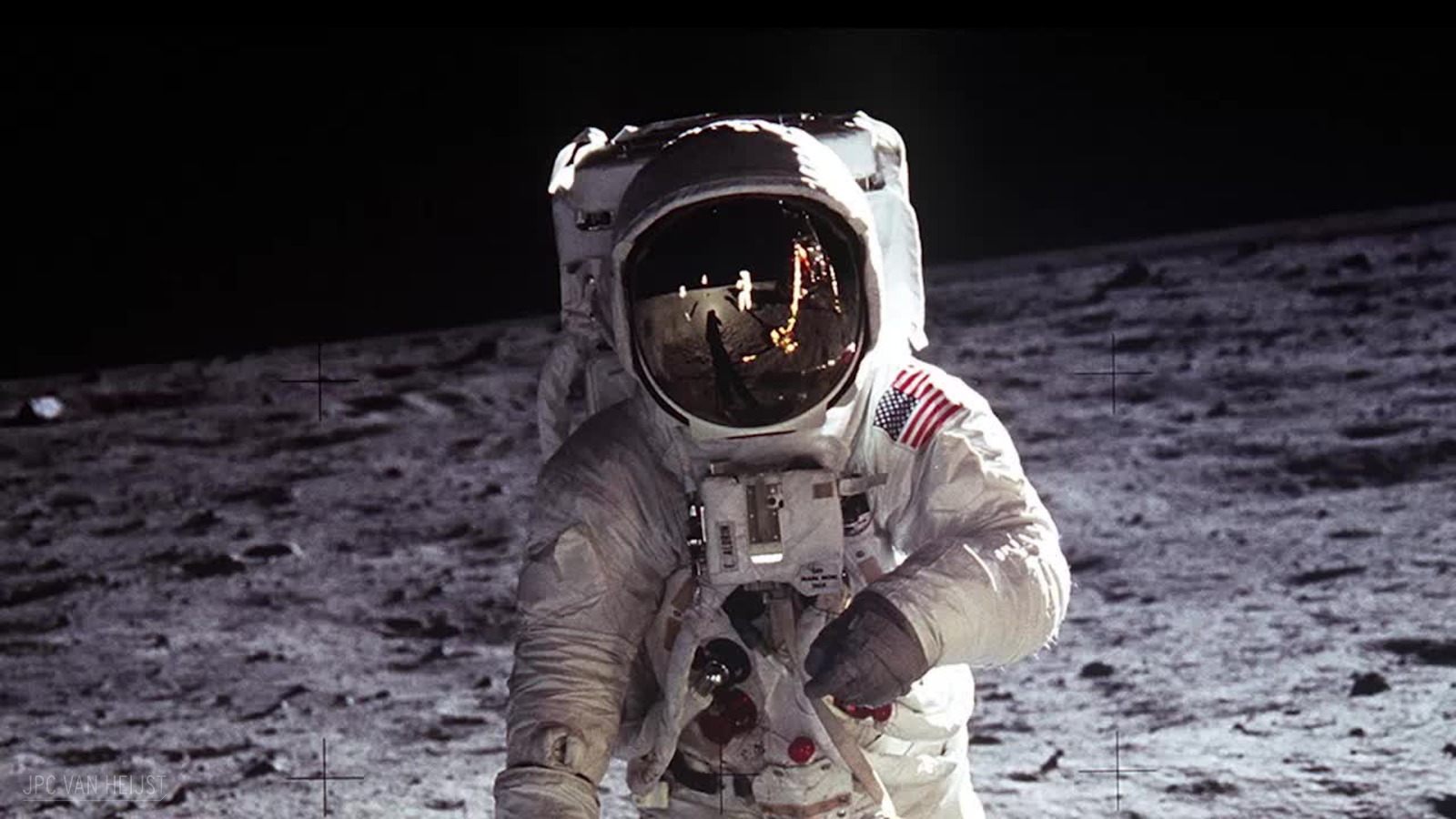 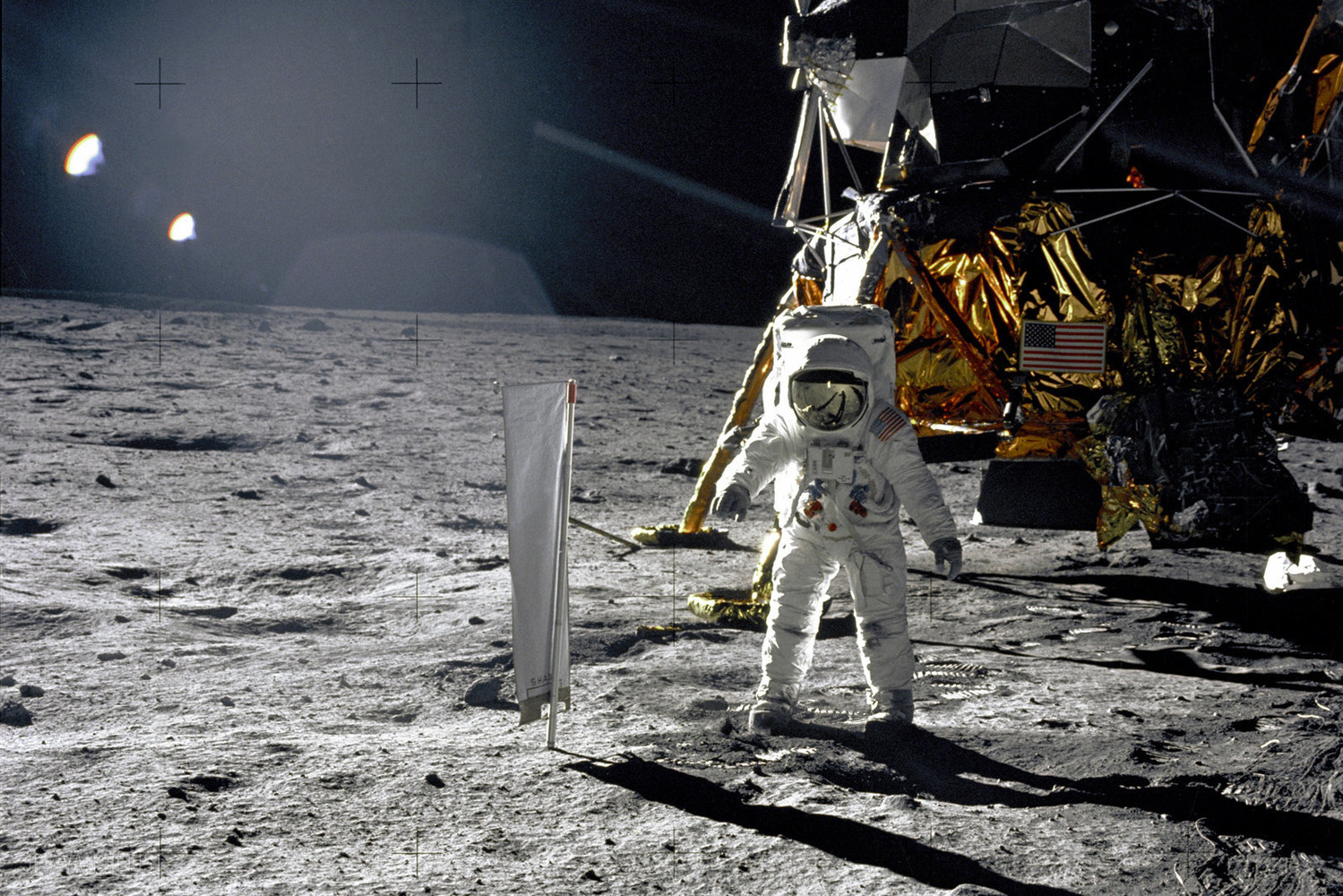 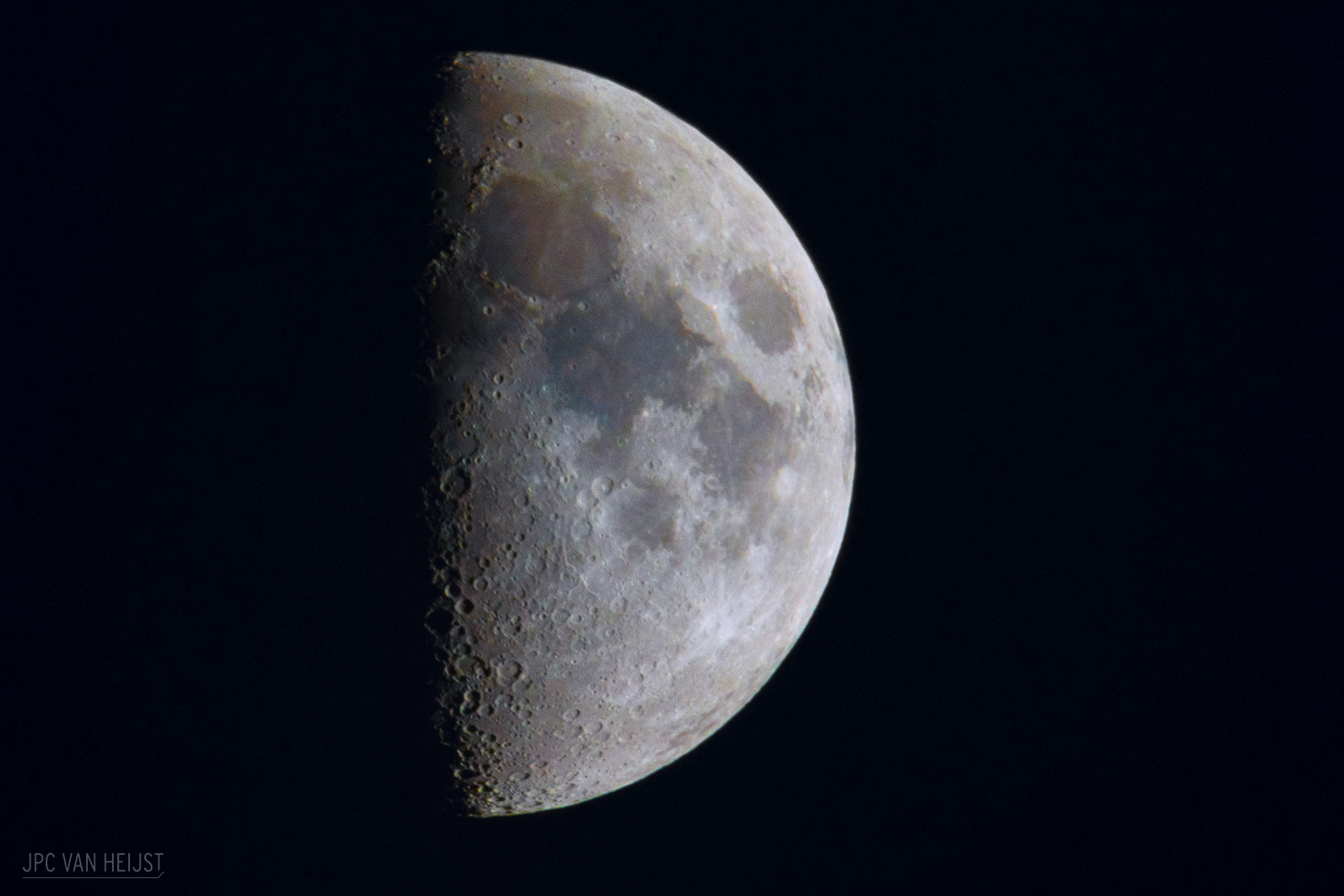 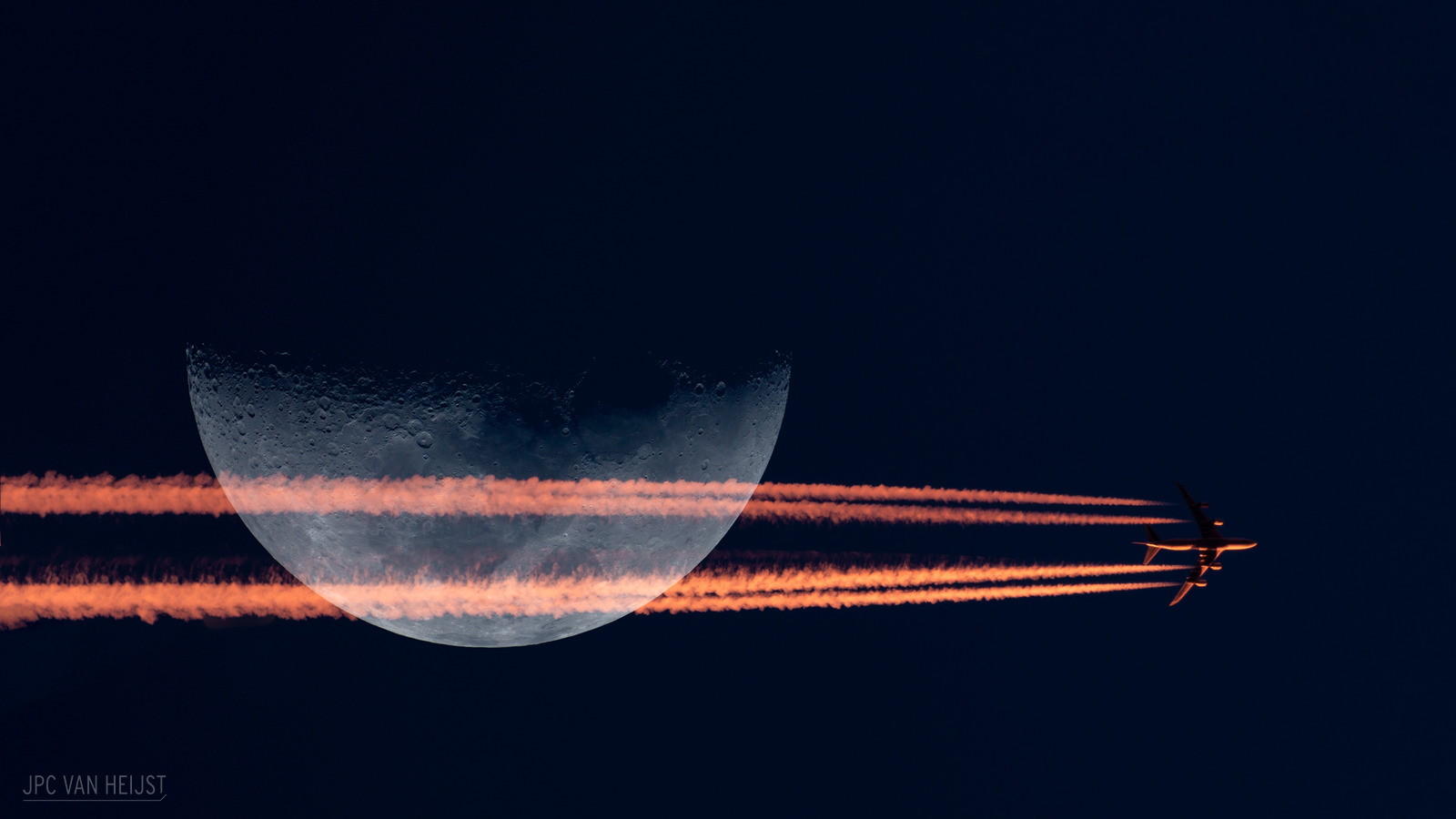 For as far as we know, the spontaneous formation of life from non-living matter (abiogenesis) is still a scientific mystery and possibly an extremely rare or even unique event in the Universe.
Hence the famous Fermi-Paradox; “If the Universe is so large and old... where is everybody?” One eerie and logical answer might be that we're simply alone and that complex intelligent life has not developed anywhere else. Anyway, there is enough philosophical material in the Fermi Paradox to fill a book or two, but that's for another time. But the (im)probabilities of abiogenesis and emergence of intelligent life don't end just here.
Other possible reasons for life to be so rare are the so called Great Filters. To name a few; the transition to multi-cellular life, the development of intelligence or the will to explore. Also destructive aspects like self-annihilation and the natural/artificial destruction of a planet before a species is being able to leave it could be Great Filters.
Despite all the doom-scenarios in movies and media, I find a complete annihilation of an evolved species like humanity not very likely, since a population of roughly 1000 human beings will eventually ensure the survival of the species. It might give us a setback of a few thousand years or so, but we will survive in the long-run.
Though if a species decides not to leave their home planet, the chances of being wiped out completely by the combination – for example - of an asteroid and resulting super-volcanoes become realistic at one point, given enough time. Just like the dinosaurs went extinct before they were able to develop intelligence, culture or society. If they would have reached that point of development at all, of course.

It is my conviction that with Apollo 11, humanity (and with it life on Earth) proved it could pass through perhaps the most significant Great Filter and placed itself in the league of life that might actually endure in the long run. It was literally a small step for a man, but a giant leap for life on Earth. One first step that ensured the long-term survival of consciousness. It would be a waste if the only seed of life would end before it had the chance to blossom. The universe is just too elegant and beautiful not to be experienced.

But Apollo 11 was not just that important barrier we passed, It was also a sign of hope, a sign of inspiration for people in the 1960's and generations that came after.
In a time where the world was on the brink of nuclear war and uncertainty ruled, the Apollo 11 mission was a singular event that united humanity in a way that was never seen before.
Those two astronauts in their white, genderless and impersonal suits with reflective visors embodied every human being on this planet as they hopped around on that desolate grey lunar landscape.
Over 530 million people watched live how Neil Armstrong first set foot on the lunar surface, at that time the most-viewed event in history. An adventure that went so much further than just winning a space-race between two nations; it was one of those rare moments in our history where everybody felt connected and inspired, regardless of nationality or ideology. We are all humans, and two of us were walking on that alien grey landscape. The ultimate universally binding experience.

Looking back with our present knowledge, the whole mission was actually quite a risk, to say the least. Would the Moon's surface hold their craft? Would the dust be so deep that they'd sink in completely or topple over? Would the ascent engine work so they could leave the Moon again?
Questions that would only be answered when putting them to the test.
As the Lunar Module 'Eagle' with Neil and Buzz in it, separated from the Command Service Module (CSM) in lunar orbit, it initiated a brake-burn that lasted a full 9 minutes and would drop them to 10.000ft above the surface while losing forward velocity, closer than any human being ever was to the Moon. The pressure on their shoulders was rising with the minute; the entire world was watching.

Passing 33.500ft, the Master Alarm went off. 1202 Program Alarm. Neither pilots knew by heart what that code meant, but someone in Houston was well-prepared and gave a GO for it soon after. Alarm was cancelled and they continued. Passing 20.000ft, 1202 alarm again... stressful seconds passed and another GO from Houston. The landing was anything but sure. Flying 'upside down', Neil and Buzz kept track of the major landmarks that passed by. Craters, shadows and hills passed by in rapid motion. A quick glance on his paper Moon-chart confirmed the most important landmarks to Neil; they were on track.
At 8000ft, the 'Eagle' pitched over and around, giving the astronauts their first close-up view of the landing area.

Master Alarm again; 1201 this time. Another GO from Houston, 10 stressful seconds later.
With the distracting alarms going off, they over-shot their initial landing site and both Neil and Buzz suddenly noticed where the autopilot decided to put them down; right inside a huge crater with a rough boulder field further ahead. Without second thought, Neil disconnected the autopilot and flew the Eagle manually in search of a safer landing spot while Buzz was calling out the lateral and vertical speeds. Fuel was getting really short now, there was no possibility of aborting the landing anymore below 300ft; landing was mandatory.
Neil maneuvered the Lunar Module like a sluggish helicopter to a suitable landing spot, burning up fuel in a worrying pace. With just seconds of indicated fuel to spare, the Eagle touched down on what is now knows as 'Tranquility Base' and thereby completed the first part of this monumental adventure.
Maybe not the most poetic, Buzz' words 'Contact Light' were the first words spoken on the lunar surface and officially communicated their successful touchdown.

Today, we can only marvel at the unbelievable risks these two men took and how they propelled humanity forward with their 8-day mission.
But by doing it they gave humanity inspiration, hope and a sense of unity for generations to come.
Nothing could have prepared the three of them for the enormous celebrations they were going to face for the years that followed. Ticker-tape parades, speeches, invitations and an extensive world tour to commemorate their mission. What surprised them most of all was how it affected so many individuals all over the world, how everybody they met told them where they were and what they did during the event. Only then did it slowly sink in for them what a giant impact their first steps on the moon actually had. Or as Buzz Aldrin told Neil at one point; 'Jeez.. we must have missed the event of the century while we were up there!'. And it inspired me as well, a random Dutch boy born 14 years after the event. Having seen the Apollo 11 Command Module in the Smithsonian in Washington DC at the age of 2, I still remember my mother explaining me this was the machine that took three men to the Moon and back. I marveled at the small cabin, the odd shape of the module and my mother's explanation. Having no clue about the background, risks or distances involved, it still made quite a significant impact on me and my life.
Recently I met Buzz Aldrin in person and I am the proud owner of several moon-flown Apollo artifacts, including a fragment of Apollo 11 film-roll that was used to capture some of the greatest and most influential photos ever. A part of history that defined our culture for centuries and species indefinitely.

Let's hope that the Apollo moon missions were only the beginning and that we will return again soon, uniting the world in a way that can only be achieved when we venture out and putting our place in the universe into perspective.