"You know, when you get back, you're going to be a national hero ... But those photographs, if you get great photos, they'll live forever. Your key to immortality is in the quality of the photographs and nothing else." ― Richard W. Underwood, NASA photography expert, 1966 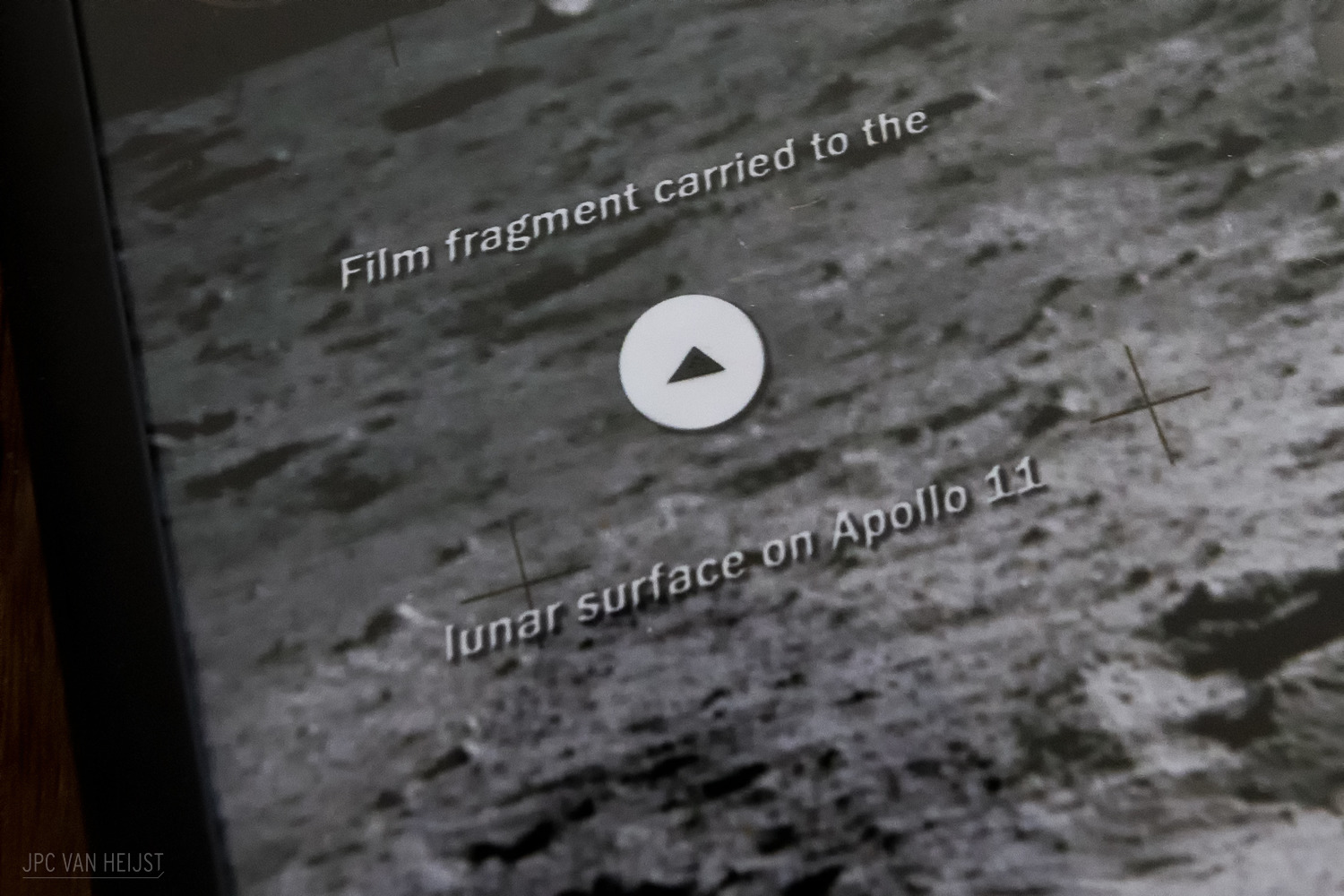 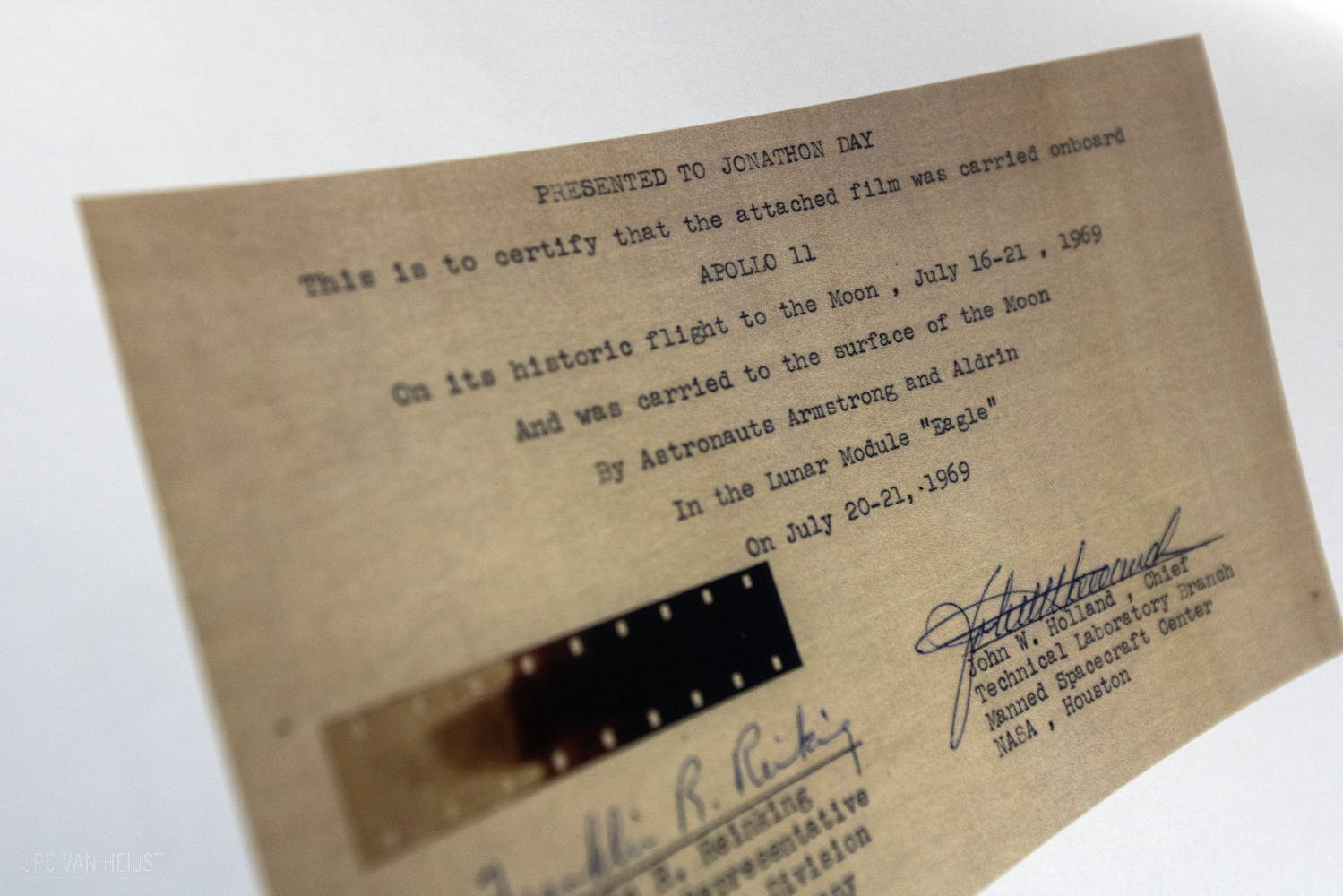 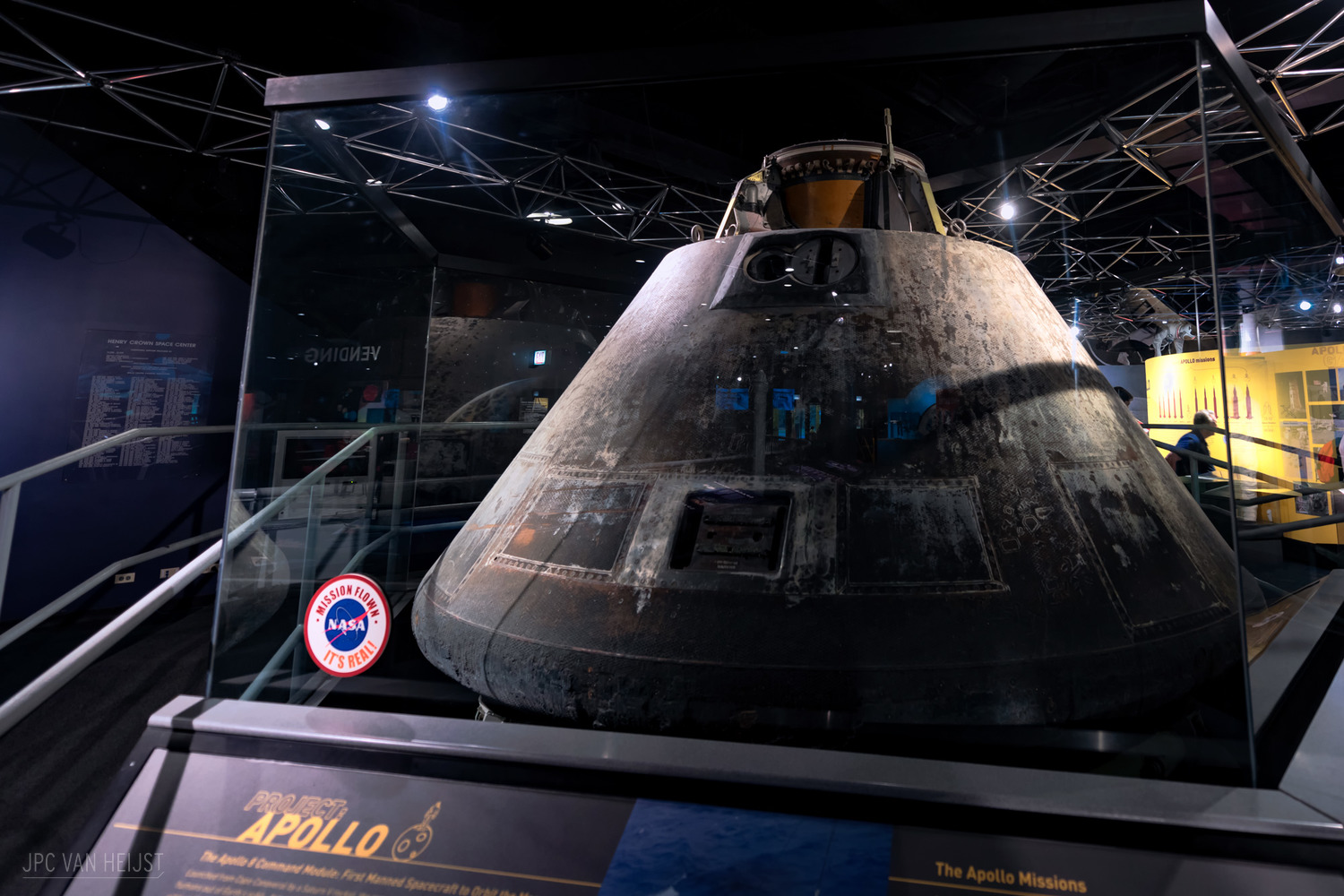 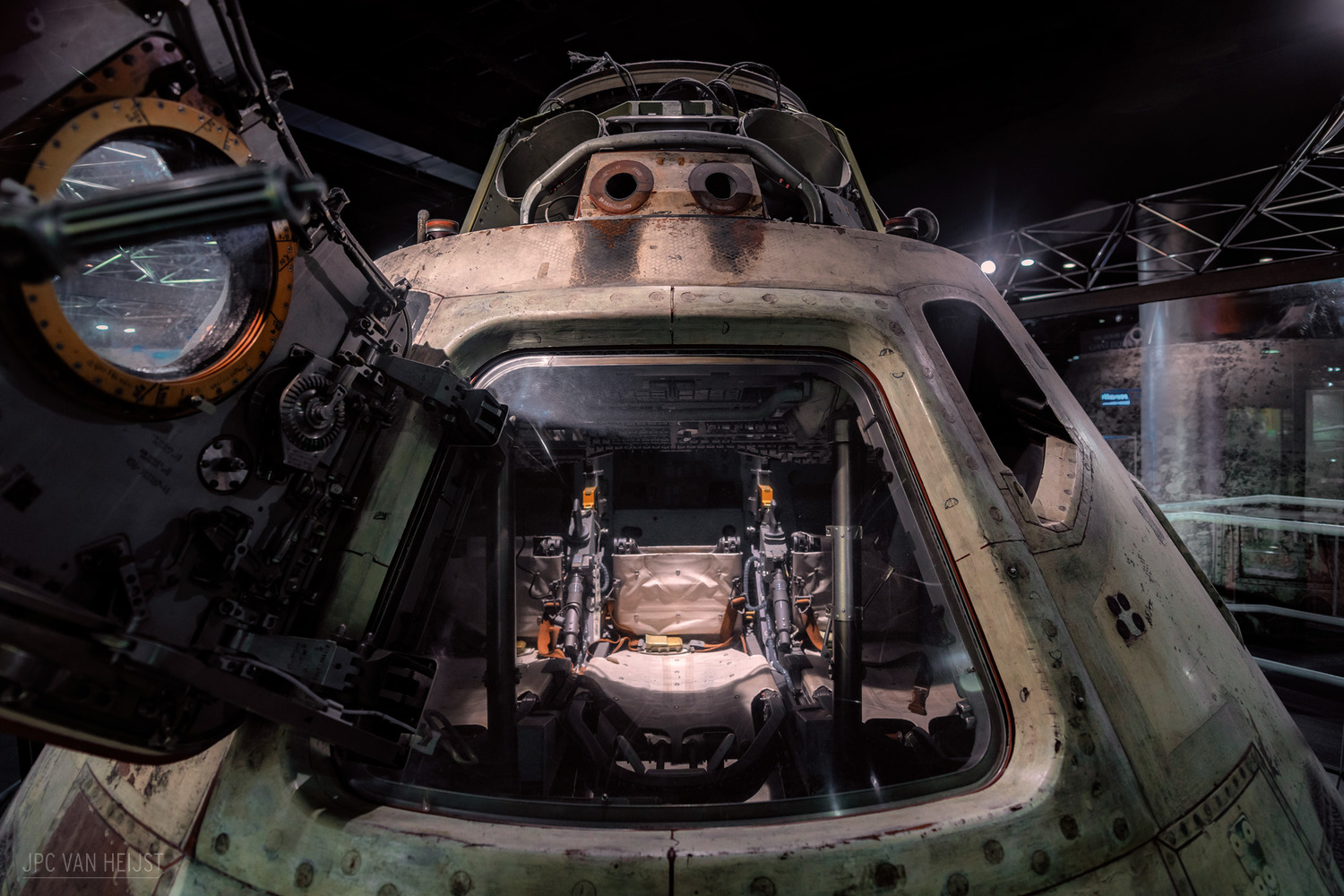 If a person in the far distant future has to name one person from the 20th century, who would it be? Whose name would still be remembered for the most pivotal contribution of this age? Perhaps Einstein for his monumental additions to science and cosmology, or in contrast infamous figures like Hitler or Stalin who made their mark in history.
In general, we can state that only a handful of individuals will be remembered roughly three generations after their death, if they're really lucky. The rest of humanity will dissolve into the abyss of history, forgotten after one generation or even less. Even people like John. F. Kennedy and Mandela will eventually be mere footnotes in history and only known to historians.
However, Neil Armstrong's first step on the Lunar surface will be marked (to his own reluctance) as one of the moments in mankind's history that will be remembered forever. Or at least for as long as the recorded history of the human species survives of course.

Where the Apollo space-program was primarily about winning the semi-military space-race between the USA and the Soviet Union during the cold war, it actually turned into the most pivotal occurrence for life and consciousness on earth.
In my personal opinion, Armstrong's first step on the Moon is not even remotely competing with the invention of fire and the wheel or Columbus' enterprise to sail across the Atlantic. The first visit to another celestial body is the most momentous event since multicellular life formed on this or any planet. 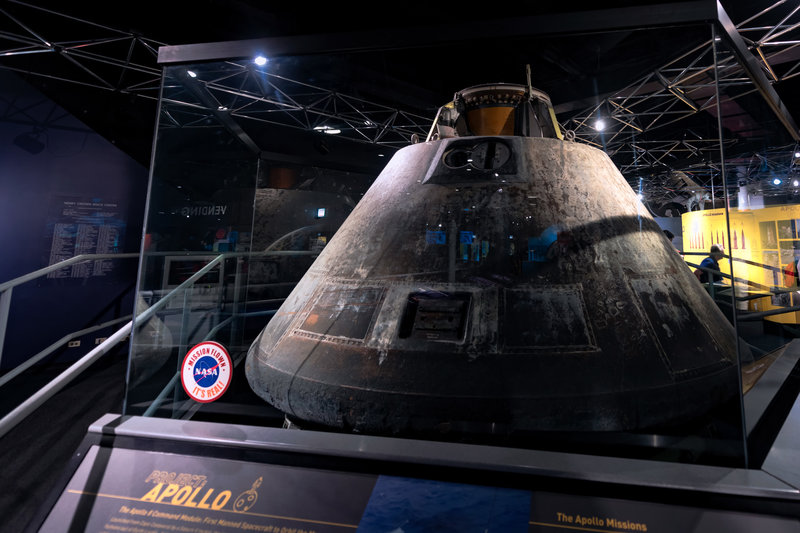 Ever since I saw (and touched!) the Apollo 11 command capsule in the Smithsonian National Air And Space Museum in Washington DC in the summer of 1986, I have felt a deep fascination towards space and the Apollo-program in specific.
While my mother lifted me up she explained that in that small fire-scarred pod, 3 people travelled to the the Moon and back. Unable to comprehend even remotely what those words actually implied, I still have fragmented memories of feeling the warmth radiating from the glowing heat-shield; the only part that protected the astronauts from the inferno during re-entry into Earth's atmosphere. Leaving a vivid impression of something special that this 'thing' represented.
I realize today that it was just the heat from the bright lamps that warmed my small hand as I reached out, but still... the experience was profound. (There is a photo of 2,5-yr old me somewhere, but I have not been able to find it last weeks unfortunately.. the search continues) 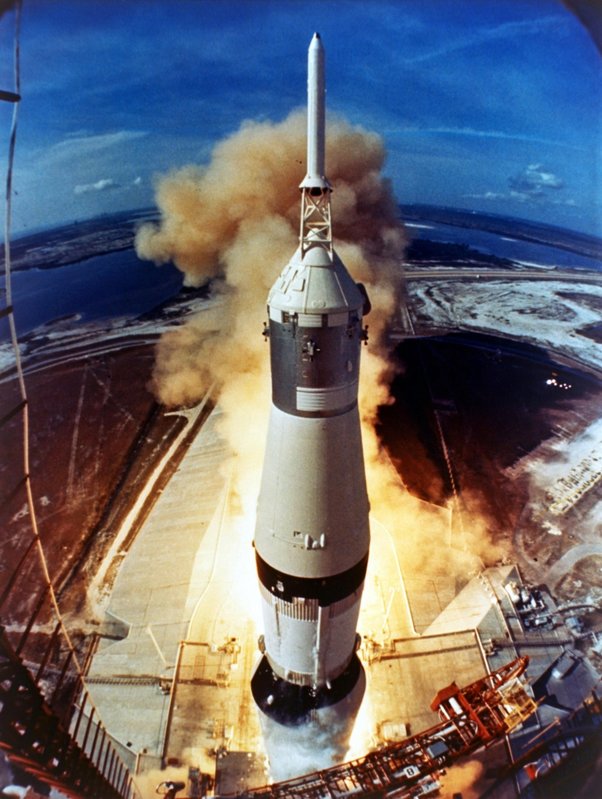 Being captivated by those adventures, I've read all there is about those Apollo endeavors. Among others; the absolutely astonishing recount of Apollo 8 written by Jeffrey Kluger. The mission that flew launched 3 people out of Earth orbit and around the moon for the first time, just over 50 years ago.
Embarking as the first humans on the (by that time) questionable Saturn V rocket and ill-fated Apollo Command Module that already cost 3 astronauts' lives before they even left the Earth.
Only in retrospect can we appreciate the boldness and audacious nature of this mission.
Another book that is a must-read for those interested in the Apollo space program is Michael Collins' memoir 'Carrying the Fire'.
In this book, he recalls in great depth and with a good sense of humour the background of his test-pilot career, his Gemini 10 mission and eventually his experiences as Command Module Pilot for the Apollo 11 mission.
Being the 'third guy' on that mission, Collins was piloting the Command Module and orbited the Moon for nearly 24 hours in complete solitude while Buzz Aldrin and Neil Armstrong were descending towards the Lunar surface for the first Moon landing. A fascinating account of a very 'down to Earth' (pun intended) personality describing his view on the biggest adventure humankind ever embarked upon.
In Carrying the Fire, Collins also describes the many unknowns the crew faced for that first attempt of a Lunar landing. There are too many aspects to mention, but to give you an idea of the incredible odds they faced, this is a list of the accepted risks;
- How rough or smooth would the Lunar surface actually look like up close? Only low-resolution images were available from the unmanned Ranger probes and Apollo 8 and 10 high-altitude passes from the months before.
- Would the lander tumble over?
- Would there be lava-gullies and cavities underneath the surface that would crush on landing and swallow the lander?
- Would the Moon-dust be igniting once in contact with the 100% oxygen atmosphere of a pressured cabin, acting like gunpowder and incinerating the crew and machine after re-pressurization?
- Would the fine dust damage or react with the components and switches in the lander?
- Would the surface be highly radioactive?
- Would their pressure-suits be able to deal with the fine and sharp dust or start to leak and tear upon movement?
- Could they move and even walk on the surface in those bulky suits with little gravity?
- Would the astronauts be able to climb back on board again?
And most important of all;
- Would they be able to take off from the Moon again? 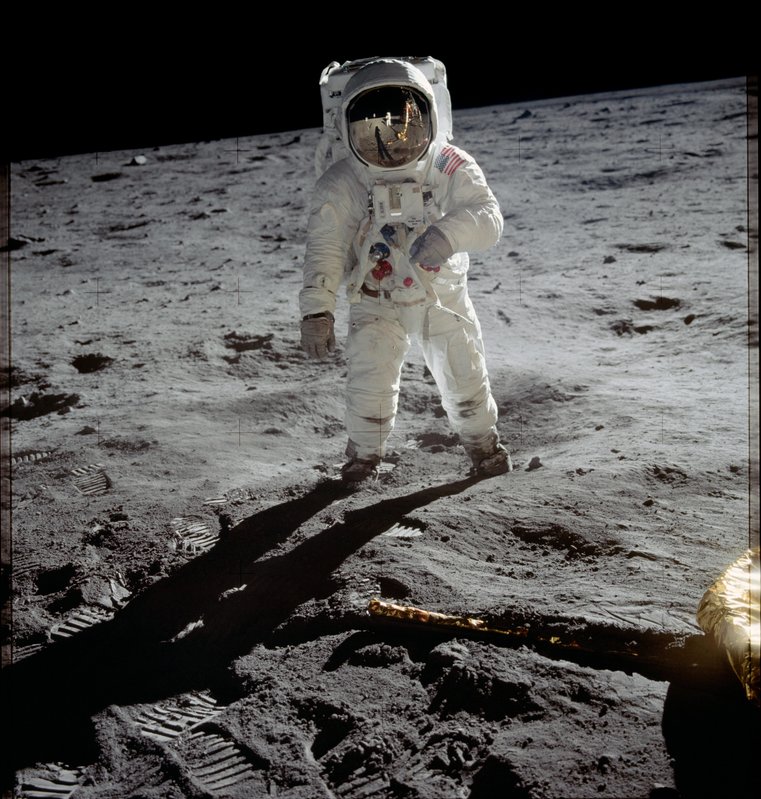 The Lunar Module Ascent Engine's job was just what it's name says; powering the ascent from the Lunar surface. This part of the entire mission was the biggest concern for the astronauts because this engine could never be tested under those specific conditions.
Either it worked reliably and long enough (and they'd live and be able to meet Collins again in Lunar orbit), or it would not and Aldrin and Armstrong would be stuck on the Moon forever... or crash on it if it failed halfway their ascent.
Collins even wrote about his thoughts when President Nixon congratulated the Apollo 11 crew with the success of their mission when Neil Armstrong was still on the Moon. Neither of them could suppress the thoughts 'You're way too early Mr President.. the most dangerous part still has to come'.
Collins's contemplations about such doom-scenarios are profoundly touching, since there was a fair chance he had to face the decision to leave Buzz and Aldrin behind on the Moon with no hope of rescue or recovery. He admits to prefer heading home in the knowledge he'd live as a deeply marked man for the rest of his life, rather than to commit suicide right there in Lunar orbit. Interesting philosophical reflections from a man in complete solitude on an epic adventure and with a potentially traumatic decision on his hands.
Only many years later, it was reluctantly admitted the Apollo 8 & 11 crews gave themselves a rough 50-66% chance of making to the Moon and returning safely back to Earth.
Embarking on a mission with a fifty percent chance of making it back successfully. Imagine that.
Whatever the outcome, the Apollo missions would forever change the way humanity would look up at the Moon. Either mankind would look up, knowing human beings have achieved an incredible feat of going there and coming back, or the Moon would mark the eternal graves of some of the bravest men in their attempt to do so.
But apart from that epic adventure of setting foot on another celestial body, the Apollo astronauts were also hesitantly labeled to become the most important photographers of mankind.
All of them were selected engineers and test-pilots without regard for artistic-talents, though fortunately the NASA-administration realized in time that documenting and sharing the views of their costly space-missions would be of substantial value to NASA and the world.
While the space-program evolved, astronauts were handed state-of-the-art Hasselblad cameras to experiment as much as they wanted in the two years before their Apollo missions. Giving ample of time and experience to know the in's and outs of photography and their camera's for as far as their talents allowed them, documenting family events, flights during their T-28 jets, Gemini missions and whenever else they pleased. This enabled them to develop a sense of photography, light and feeling for the camera they would be using in space and on the Moon.
What a shame they did not choose a passionate and skilled natural pilot & photographer from the beginning (...hint).

I consider myself very fortunate to be the owner of various certified Apollo-artifacts, including a small fragment of photographic film used on the Moon's surface during Apollo 11. This very part of photographic film was used to create the most iconic and monumental images of the 20th century and literally documented the first steps of life outside our cradle in the vastness of space.
Being an overly ambitious photographer myself, this physical piece of (photography) history represents one of the most important moments in Earth's history I could ever have in my possession. The best reminder to document and share the unique views that pass by my windows.
Over the course of the years, I collected multiple certified Apollo 11, 13 and 16 artifacts, including surface-flown parts with Moon-dust. I know; I'm a total space-nerd but heck, having those small physical pieces of history in my possession gives me the feeling of somehow being part of it.
They'll be my future-children's heritage and they may eventually become some of the most-valued artifacts of human history.

While the Apollo astronauts documented the first steps outside of our planet, I gladly share my humble views of the world passing before my windows. Who knows what might follow; even though the Moon is my ultimate destination, the Boeing 747 is my platform for now and I proudly cherish these few Apollo-relics for posterity.
No matter how reluctantly I have to admit that technology is going to take over eventually; I'm one of the last generations of pilots to actually fly aeroplanes with brain, muscle and heart.
Able to document my travels and views, before automation and computers take over my profession and all of those unique views are hidden forever from human eyes, once again.

The book depicted in the photos is Apollo VII — XVII, recently published to celebrate the 50-year anniversary of the Apollo 11 landing coming up July 2019. A collection of absolutely breathtaking images from all Apollo space missions, restored from the original 70mm films the astronauts carried with them, including the one I have in my posession.
A wonderful gem of a coffeetable book for anybody interested in the Apollo space-program and photography.

Other books I can definitely recommend to anyone interested in the Apollo space program are listed in my Amazon storefront where I list all the books or products I recommend or wrote about in my blogs.
The photos of the Apollo 8 Command Module have been taken at the Chicago Museum of Science and Industry at their impressive Space Center Exhibition October 2018. Both the Museum of Science and Industry and the authors of Apollo VII — XVII have generously allowed me to use the photos as shown here in this blog.
Share
Back to overview