Elegant, black, mysterious, powerful and extremely fast. Originally designed in the early 1960's by Lockheed's legendary Skunk Works, the SR-71 was a high-speed and high-altitude spy-plane designed to gather intelligence deep in enemy territory without being seen or taken down. 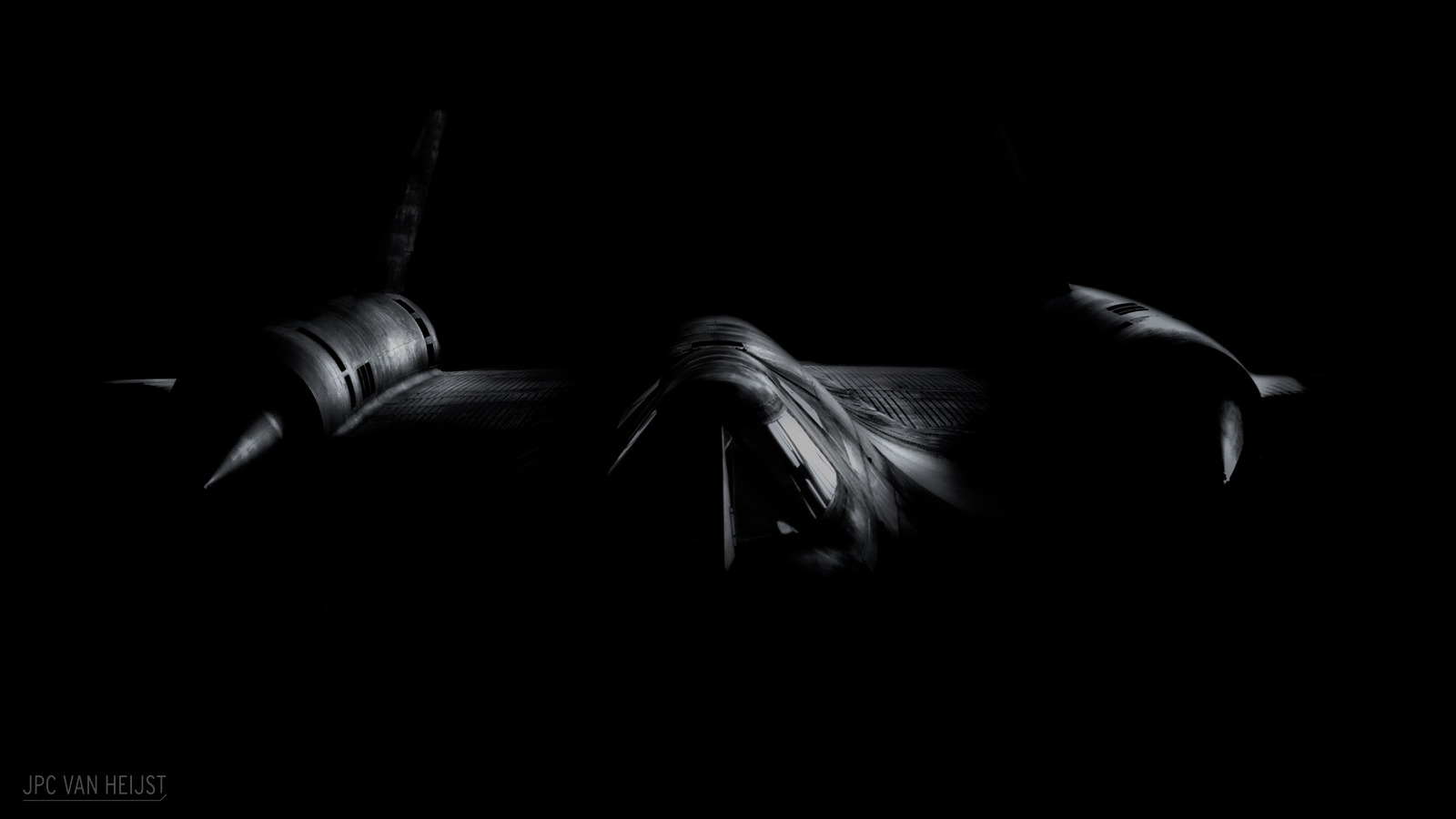 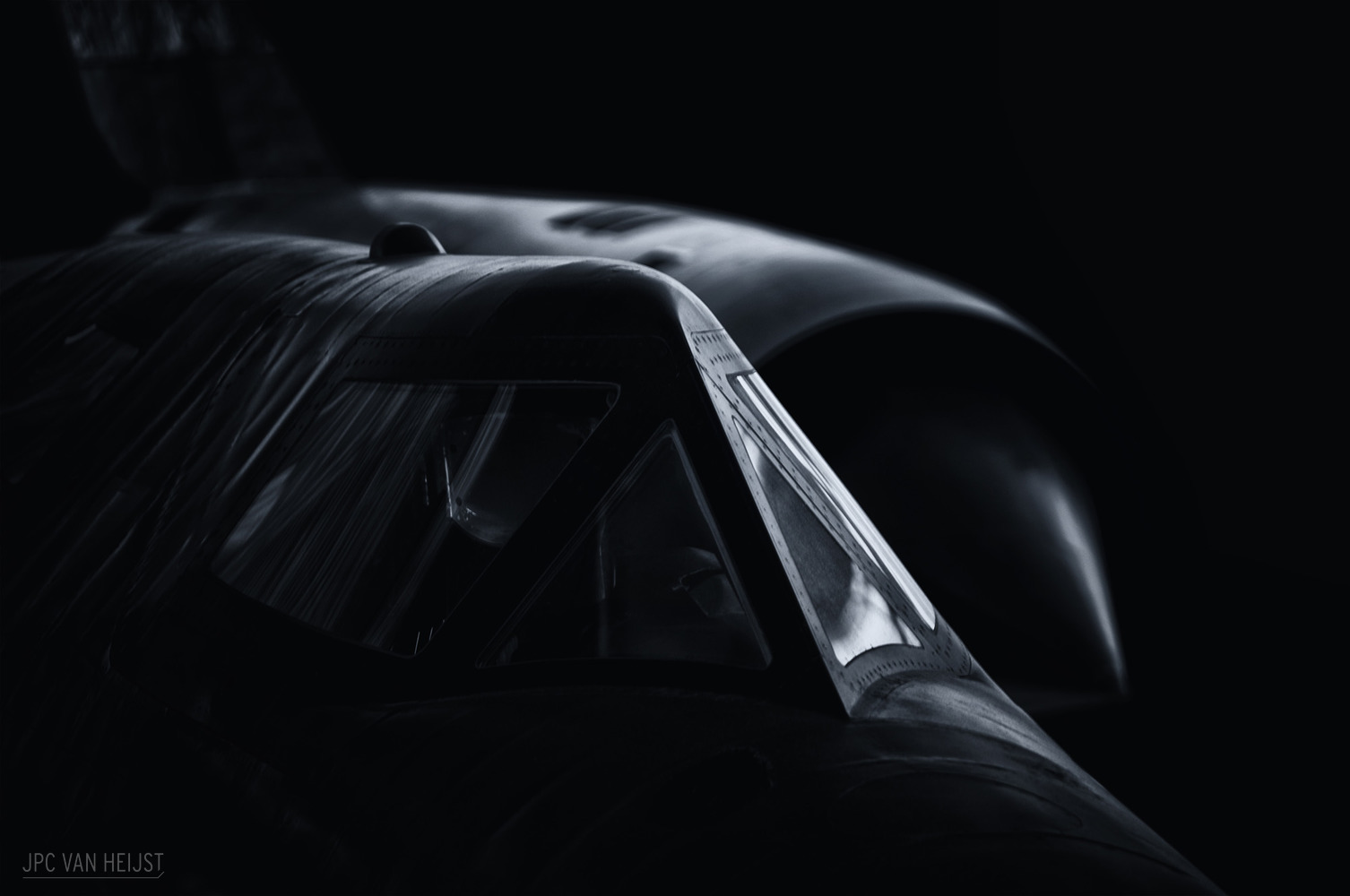 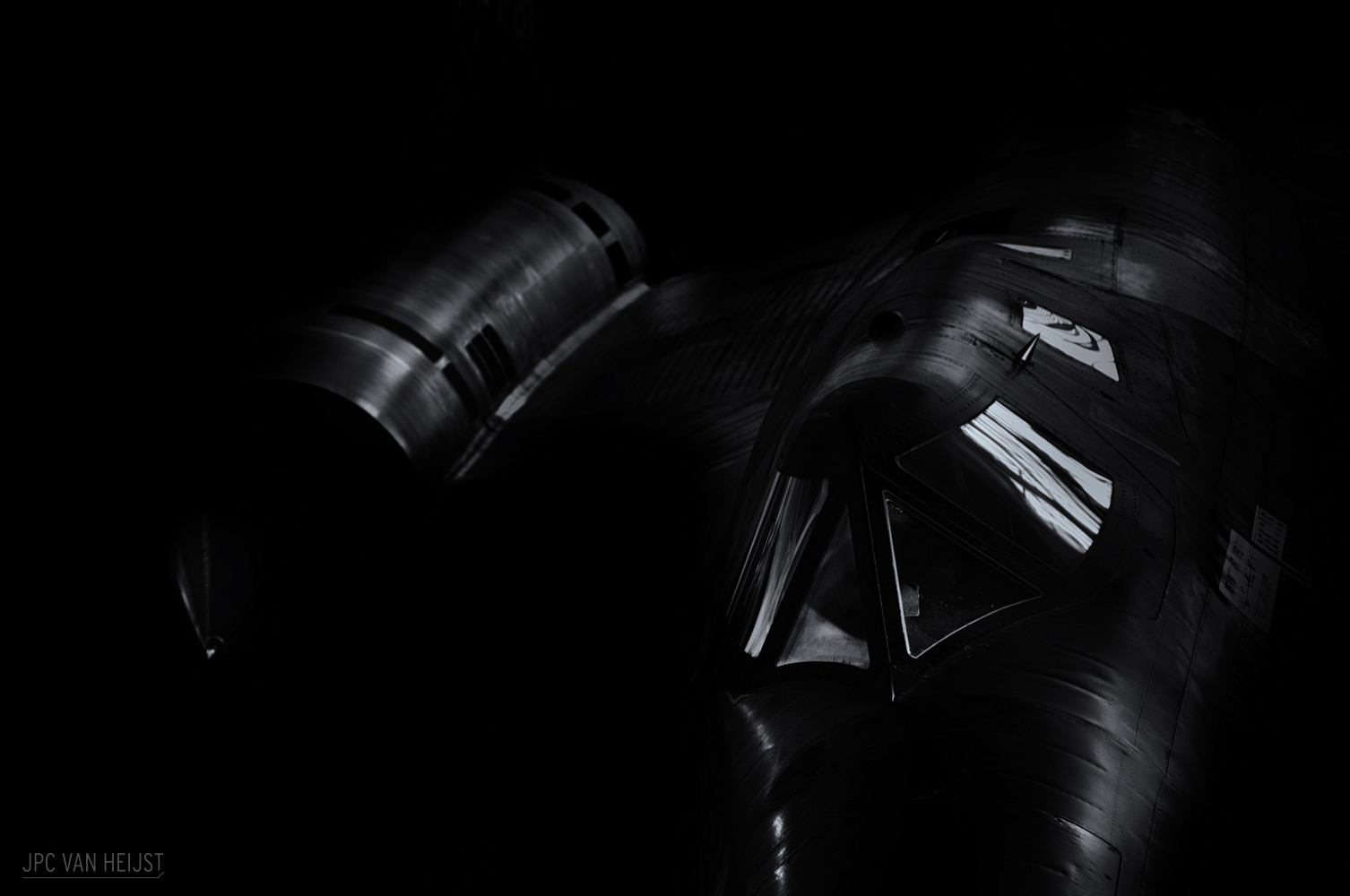 It was the age where the sky was still the limit and the space-race had only just begun. Without invulnerable and all-seeing satellites in orbit, the U2 spy plane fulfilled the role of intelligence gathering for a long time until one was unexpectedly shot down over Soviet territory in 1960. This was a huge shock for the USA and -not in the last place- it's unfortunate pilot Gary Powers, who was able to tell the tale and return home over a year later.

If this incident was to prove one thing, it clearly showed that simply flying very high was not good enough. Clearly, a much faster airplane had to be developed and the engineers were quickly put to work.
Pushing man and machine far beyond anything that had been designed before, the A-12 'Archangel' was developed that eventually resulted in the SR-71 'Blackbird'; the icon of Lockheed's aeronautical marvels.
It was literally cutting edge technology, in so many ways.

Designed to fly at extreme speeds and altitudes, the airplane had to be constructed nearly entirely out of titanium; the only material that could withstand the friction heat from the outside air. The incredible speeds heated up the skin of the airplane to 550-600'F (or 260-320'C) during cruise flight.
There was one problem though; titanium was hard to get by and the major supplier of that material was the USSR: America's nemesis and the very country the SR-71 was supposed to spy on. I can imagine that they were not going to be overly enthusiastic to supply the materials for the machine that would start to expose their most valued assets.
In the end, the CIA managed to get their hands on the priceless titanium through phony companies in third world countries and schemes that contain enough story material for several James Bond movies alone.

Even more interesting is the performance of this incredible machine.
Designed to sustain a constant cruise speed of at least Mach 3.3 (or 3.3 times the local speed of sound) for over 90 minutes at an altitude of over 80-85.000ft, it could out-run any SAM (Surface to Air Missile) easily by adding a bit of thrust, or passing by entirely before the enemy could even begin to aim and fire their missiles properly.

But flying constantly at those speeds posed quite a challenge for the engineers; rocket engines (like those on the experimental X-15) could produce enough thrust for extreme speeds and altitudes because they don't have a need for oxygen from the air, but they run out of fuel very fast and would thus not be suitable for long-range operations.

Clearly, conventional jet-engines were the answer, but they work on the principle of the combustion of atmospheric oxygen and internal fuel to create thrust. At supersonic speeds, the incoming airflow has to be slowed down drastically to subsonic speeds before it would reach the turbines or the engine would choke and simply quit all-together.

As a result, the intake-air speed to the engine was reduced so much during cruise that, albeit running at 100% thrust, the engines would actually create more drag than thrust! There was one solution; afterburners.
By injecting fuel directly into the hot exhaust gasses, massive thrust is gained at the cost of fuel-efficiency. The enormous addition to the fuel-flow and a few extra inflight refuelling-sessions was just a small price to pay to gather invaluable intelligence from the enemy and the SR-71 was soon in business.

While the officially published maximum speed is Mach 3.3; aeronautical specialists are convinced the actual speeds reached are higher than the published ones and certain rumors claim it to be well above. How fast she actually cut her way through the skies we will never know.
I guess this vague shroud of mystery only adds to her legacy and gives her an even more legendary status.

There is just so much more to write about this machine; I deliberately left out the advanced star-navigation system that automatically navigated with incredible precision at high-speeds by star-navigation during both day and night (remember, there was no GPS-navigation in the days this machine was designed); the long list of speed- and altitude records that are unbeaten up to today.
Or how the airplane skin, windows and windshields heated up so much that both flight- and ground crew had to wait a long time after landing to let the airplane cool off first before they could even touch it. Just to name a few.
I can go on for hours but I think you get the picture by now.

But all good things come to an end and the SR-71 was finally retired from active service in 1998 after (officially) having seen action over Libya, Cuba, North Vietnam, North Korea, the Middle East and of course the USSR.

The Blackbird is just in a league of its own and rightfully deserved her place in aviation history. I'm glad to have been able to have seen three of these legendary birds myself, all preserved as a testament to the history of flight and aviation.