Colors on the Zahara (3 minute read) 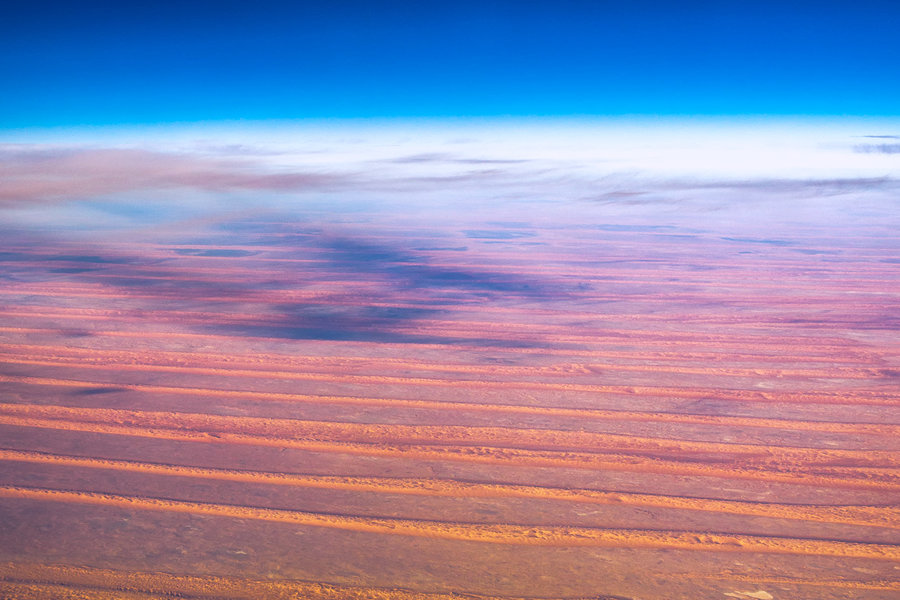 Every single time I'm flying over the Sahara, there seems to be no end to the sand, rocks and dunes that make up the largest hot desert in the world.

For so many hours, the hostile and utterly desolate world below passes by without sign of human activity or presence.
But those aerial views can be deceiving; for as long as mankind has migrated across the African continent, there have been people surviving and roaming the Sahara. Mostly small tribes that live and trek through the desert. Dealing with a constant search for food and water where human endurance and survival is pushed beyond the very limits.

Recently I have read the interesting narrative 'Skeletons on the Zahara' by Dean King. It is a non-fiction book that traces back the gruesome survival story of the American merchant ship's crew 'Commerce' that ran aground in dense fog on the shores of the Western Sahara / Mauritania in 1815.

Not much later, Captain James Riley and 11 of his crew-members were taken captive by a local Arab tribe. It was the start of a nightmare where they had to endure the most barbaric and horrific experiences that followed after.

Facing extreme dehydration, constant starvation, torturous abuse, senseless bloodshed and deeply inhuman treatment, they were often sold and re-sold as Christian slaves to other tribes. Many of them eventually dying or being slayed after months of arduous labour.
By a few lucky turn of events, both James Riley and much later Archibald Robbins, another member of the crew, managed to end up a small city in present-day Morocco. Here they met the English consul that paid for their freedom and that of the few others that were able to hold on to each other and reach the city, more dead than alive.

Tragically, about half of the crew has never been seen or heard from after being separated; destined to succumb in the desert as a slave. Just like the countless of other American and European crews that found themselves stranded on the shores of Africa, their stories and bodies swallowed by the sands of the Sahara.

Interestingly enough, the memoir of Captain James Riley titled 'Sufferings in Africa', published in 1817, was initially received with skepticism but proved to be very accurate and truthful once the independent and separate memoirs of Archibald Robbins were published nearly 10 years later.
'Sufferings in Africa' even inspired Abraham Lincoln so profoundly that it shaped his political ideologies and views on slavery, which consequently led to the American civil war and the eventual ending of slavery in the United States.

But apart from that incredible turn of events on the other side of the world, nearly half a century later after the shipwreck of the Commerce, it's an inspiring story about human survival. And a glimpse into a world with a vastly different concept of human life compared to Western values and morals.

Cruising for thousands of miles with nothing but orange sand dunes under the blazing arid sun, I think back about the crew of the Commerce and the thousands of other sailors and airmen that found themselves lost and at the mercy of the local tribes.
Those who never survived to tell their tale of this unforgiving part of the world.