Now that was quite a halloween night! When we departed from Caracas, weather reports indicated there was some rain and wind expected around our time of arrival in Houston, but nothing prepared us for what we would find upon our arrival.

Every new inflight weather-update showed us the situation was getting worse and worse; a quickly intensifying squall line of heavy thunderstorms was building up over Texas and slowly moved east. Extreme precipitation, flooded runways, intense lightning activity, tornado warning, heavy wind gusts of up to 45kts/80kmh.. enough to postpone our approach and make up our minds on the options we had.
With the extra fuel we took from Caracas, we were able to wait out the worst of the weather, instead of making a precautionary landing in New Orleans and run out of duty hours. Coming close to Texas, the constant lightning flashes began to appear on the horizon and our weather radar soon showed a long yellow, red & purple mass, indicating how intense the weather activity actually was. There is no way we could land in that kind of weather, so we flew around the worst of it. All the way down to Corpus Christi, close to the Mexican border, before we could turn back east towards the airport. Adding another 350Nm/700km to our night.
But we're not fair-weather pilots and our fuel reserves won't last forever, so we had to attempt an approach at one point when the worst of the weather was gone.
As one of the first airplanes to give it a try, our 747 was tossed around in the heavy turbulence and rain as we tried to find our way to the localizer of runway 26L. Finally: the runway lights became vaguely distinguishable ahead through the rain.
I felt more like driving a submarine than an airplane; the windshield wipers were working overtime but were pretty much pointless with this amount of water.
There we go.. glide slope captured.

Gear down, flaps in landing configuration, landing checklist completed and the wipers moving their fast relentless pace. 1000ft.. 500ft.. 200ft.. wind steady; 30 knots gusting wind directly from the right side. The whole machine is on a significant angle to the runway, flying 'into' the strong wind from the right.
An automated voice tells me in increments of 10 feet how high the main gear is above the ground; 50.. 40.. 30.. 20.. the wet runway is now sliding below us and approaching fast. As I gently pull up the nose a degree or two and close the thrust levers, I press the left rudder pedal a bit to line the nose up with the runway and slightly bank the right wing down to prevent us slipping away to the left side. 10.. the speedbrake comes up, the only indication that our main gear has touched down. Full reverse on all four engines to assure maximum braking on the wet runway, let the nose gear slowly touch down. Keep the right wing down; the gusting wind is doing her best to get a grip of our machine as long as we still have air moving over the wings; this landing is only over once we leave the runway.
A few minutes later we arrive at the wet apron, calling it a day and get some well deserved rest in the hotel. It's one on those nights where all the workload is coming at the end of a long duty.
I'm glad to see that all those years of high-quality training on the 747 is paying off in those moments when you need it. Fun to do and experience, once in a while.

And on top of that, we left one of the cleanest and shiniest 747's for the next crew to take her up for another flight. 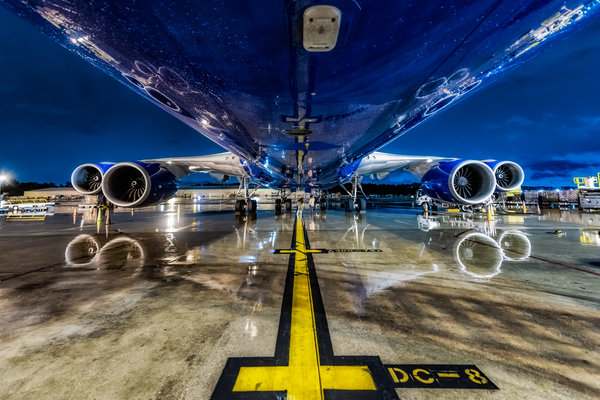 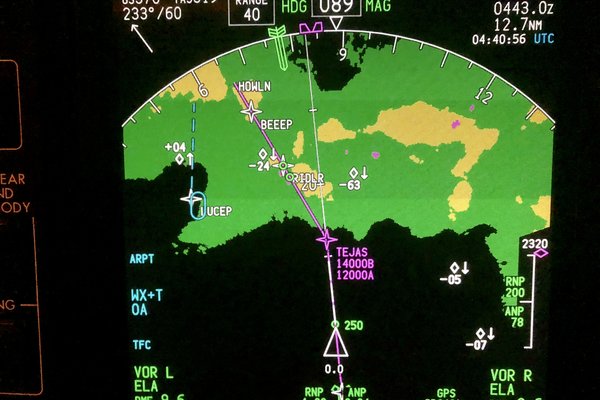 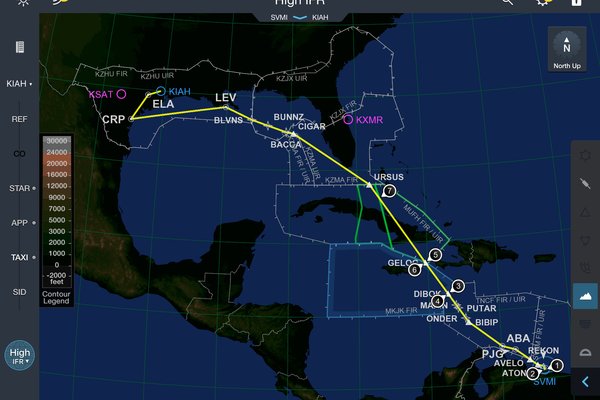