As some of you might know, the First World War (also known as The Great War) is one of my major interests since I first read about Biggles' flying adventures over the Western Front at the age of 10. Now, with nearly half a book-case full with books about The Great War, I definitely wanted to visit the places where all those stories took place. Recently I had a full day for myself in Luxembourg and decided to drive to Verdun and visit some of the many remains of the longest and bloodiest battle in mankind; the Battle of Verdun. 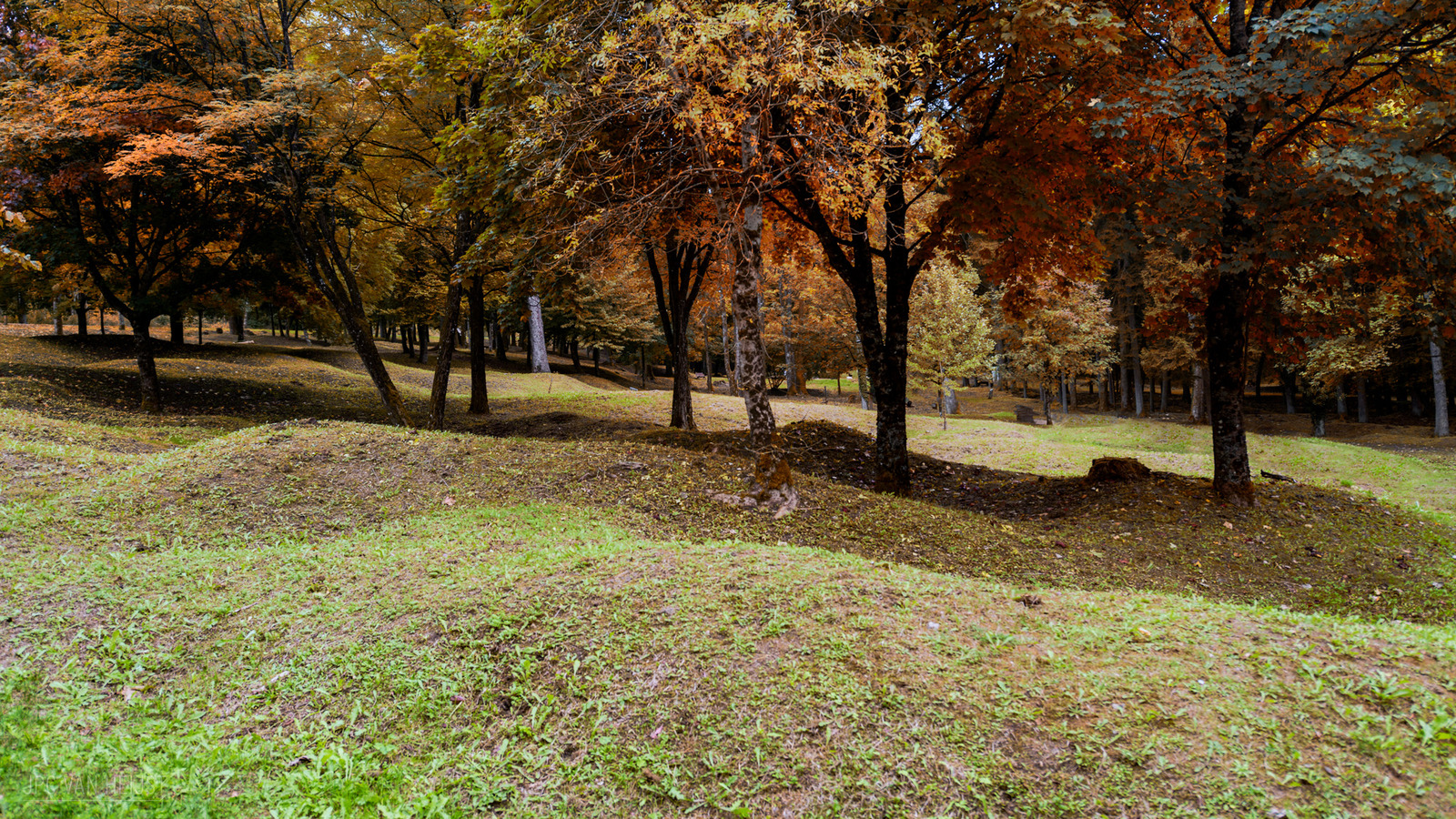 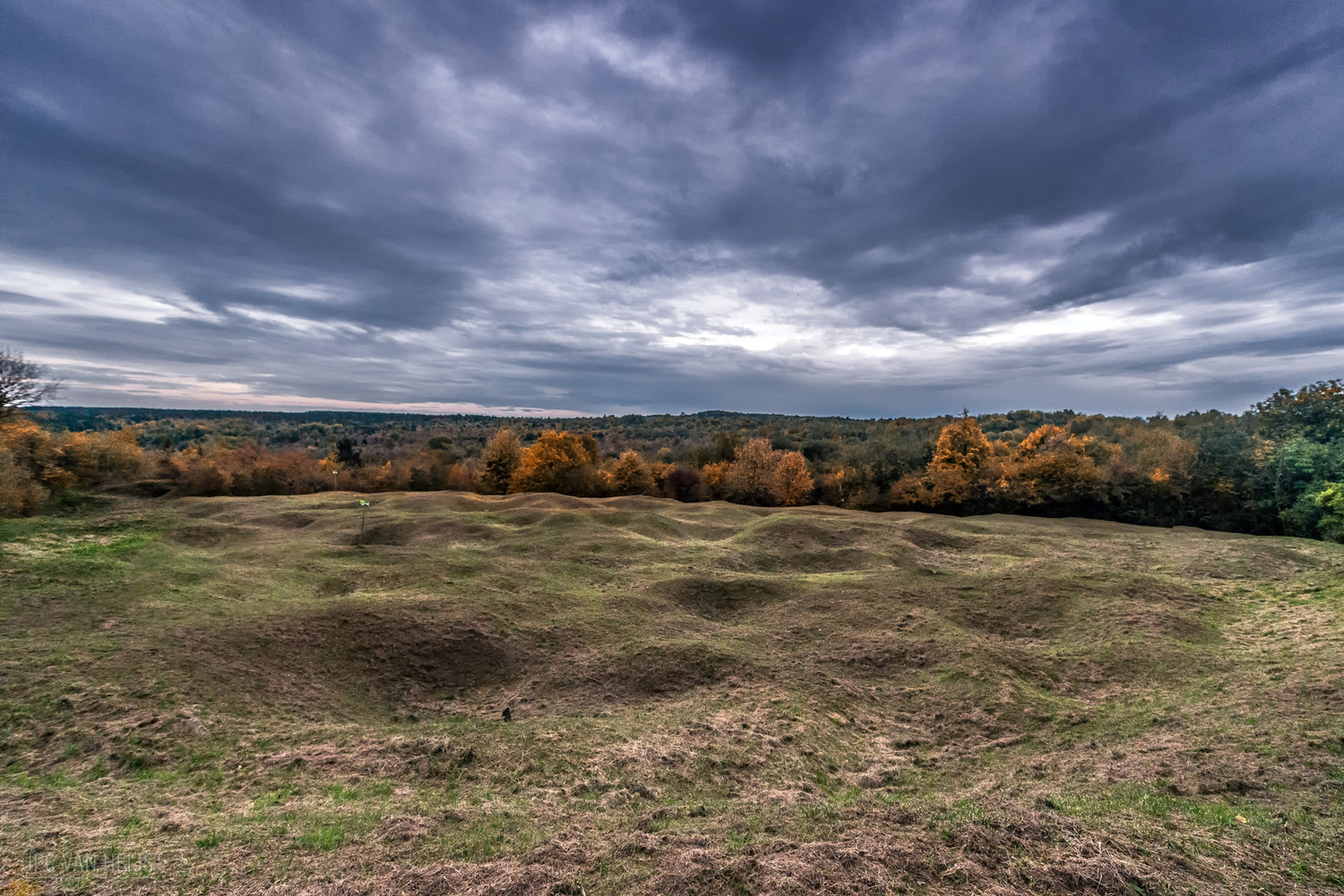 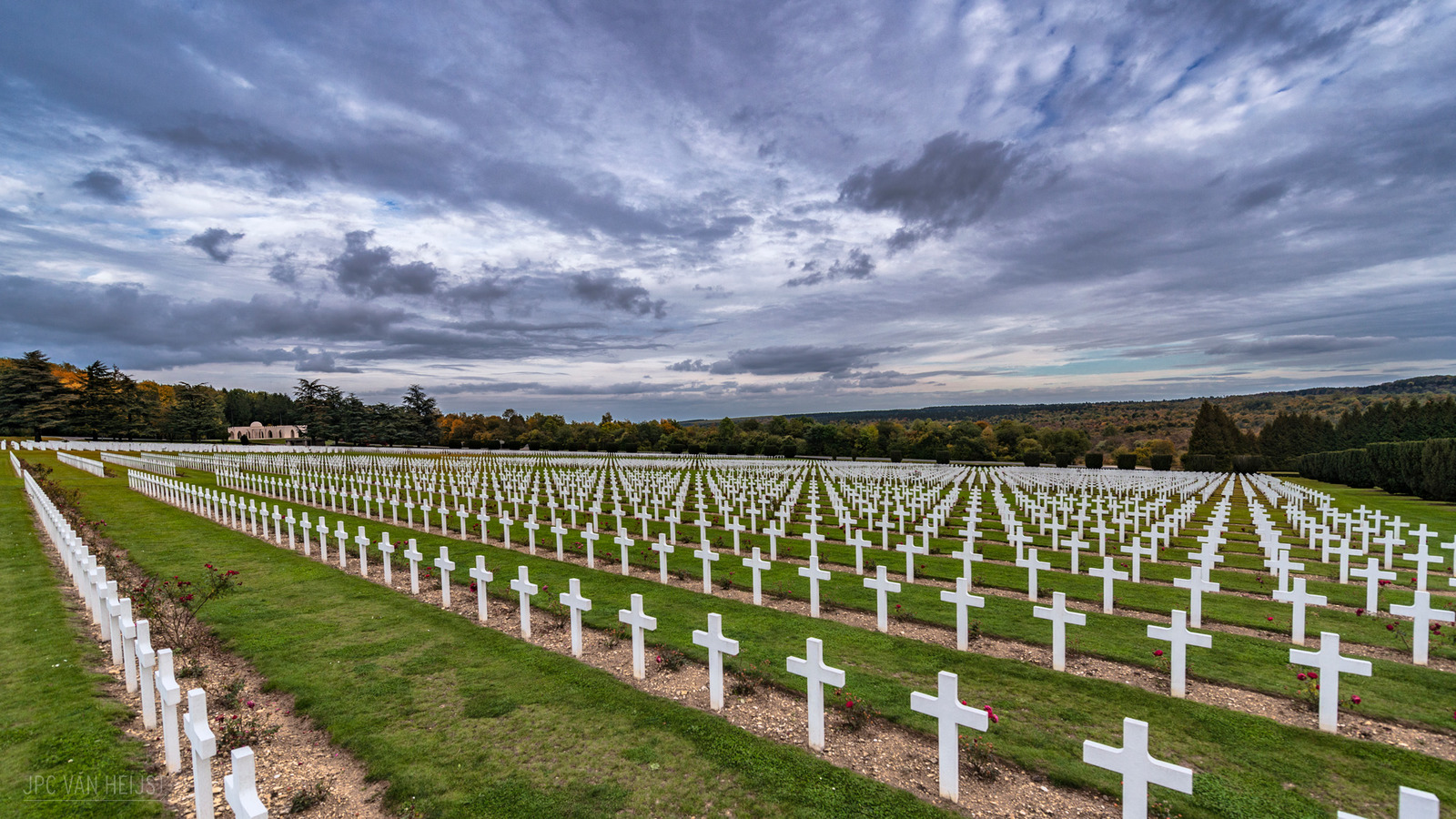 Raging from 1914 to 1918, The Great War has cost close to 18 million peoples lives and 22+ million wounded worldwide. The first mechanical and industrialized war that surprised all parties in its cost of lives, never meant to last for more than a few weeks once the first attack took place.

When the first battles took place in 1914, most of the Generals still thought men&horse armed with bright uniforms, flags and sables&swords would always be superior to any mechanized warfare. After roughly hundred-thousand of men and horses were blazed down by machine guns, artillery and flame throwers, the generals started to consider the fact that perhaps the new mechanized type of warfare required a different approach.
Soon, the French and German armies were deeply dug in their trenches and the Western Front was more or less defined for the next 4 years. A front from the Belgium coast, through Northern France and all the way up the Alps was to define a major part of World politics ever since.

The reason why the German General Von Falkenhayn started his attack at the completely insignificant rural village of Verdun and its forts is still a mystery and debated among historians since there was no tactical advantage to take that area, nor any immediate need to relieve the other armies further to the West.
Maybe politics played a role, maybe pure arrogance or naivety. Nobody knows what his initial intentions were, but we do know how it ended 10 months later.

Even to the German and French press at that time, it was a surprise that a battle was commenced there and they were left with only guesses why so many resources were used while other locations would be much more logical.

The French Generals, who could have chosen to retreat and save their resources for somewhere else along the Western Front, decided to counterattack the German armies as they felt they had an advantage in counterattacking and before anybody knew it; the battle was unstoppable. Attack followed by counter attack, followed by another artillery barrage and another counter attack.

Over the course of months Generals were relieved and changed because of the constant losses, but since the new ones were brought into position to end the fight and not to lose face or give up, they too were forced to continue and come up with ever more intense strikes at the enemy.

Retreat became impossible; who could sell that to the general public after already hundreds of thousands of lives had been sacrificed?

Before anybody knew it, the battle began living its own life and nobody was able to stop it anymore.

The battle lasted for 303 days '300 days and 300 nights of horror' and had cost between 700.000 and a million casualties. These numbers are educated guesses but recent estimates bring it over one million.

Roughly 100.000 men died or went 'missing' every month for the gain of a few hundred meters or less, only to be recaptured a week or day later.

Around 12 million artillery shells were fired into the enemy positions and lines during those 10 months, raining explosives, shrapnel and poison gas non-stop; turning the entire front into a muddy and shell-cratered lifeless landscape. Obliterating entire villages and simply anything that found itself between the two armies. A brown, poisonous and lifeless border area where hundreds of thousands of men were blown to pieces, buried in the mud and were never found or recovered.
The German army never fully recovered from the losses at Verdun and morale on both sides was at an all time low, being close to revolt against the near-suicidal orders from above.
Only after the French armies managed to reconquer Fort Douamont and Fort Vaux, marking the same frontline as they had 10 months earlier, the German armies decided to leave it at that. Ending the main Battle of Verdun with no gain at all.

Even for experienced veterans that fought at the Somme and Ypres battles, Verdun became known as hell on earth with a level of horror that surpassed any imagination and battle before. Daily exposure to body parts, rats, death, thirst, poison gas, diseases, hunger, mud, artillery shells and fear was taking its toll.

Since, Verdun became a symbol of The Great War, the waste of life and pointlessness of war in general.

Even today, major parts of the former No Man's Land are forbidden to enter with countless of unexploded shells, still extremely poisonous gas and other ammunition that are buried in the ground.

The forrest on the photo above is considered just such a dangerous 'red zone' sanctuary, with over 80.000 men's remains still buried beneath the surface. Countless shell-holes reshaped the ground and show the scars that this horrific battle has left behind, even today.

While I was walking around I couldn't but notice the serene silence that was all around. An occasional bird, a few falling leaves and only my footsteps on the clearly marked trail. It might have been my imagination but it felt very quiet and a strange sort of peacefulness marked this forest.

Looking up, I see the tops of the many trees that have grown here since the end of the war and imagine how they are fed from the fertile ground that still is the grave of so many men that gave their lives for something so utterly pointless.