Taken from the main airport terminal, these photos show the result of a crash landing on runway 30R on Bahrain International Airport. 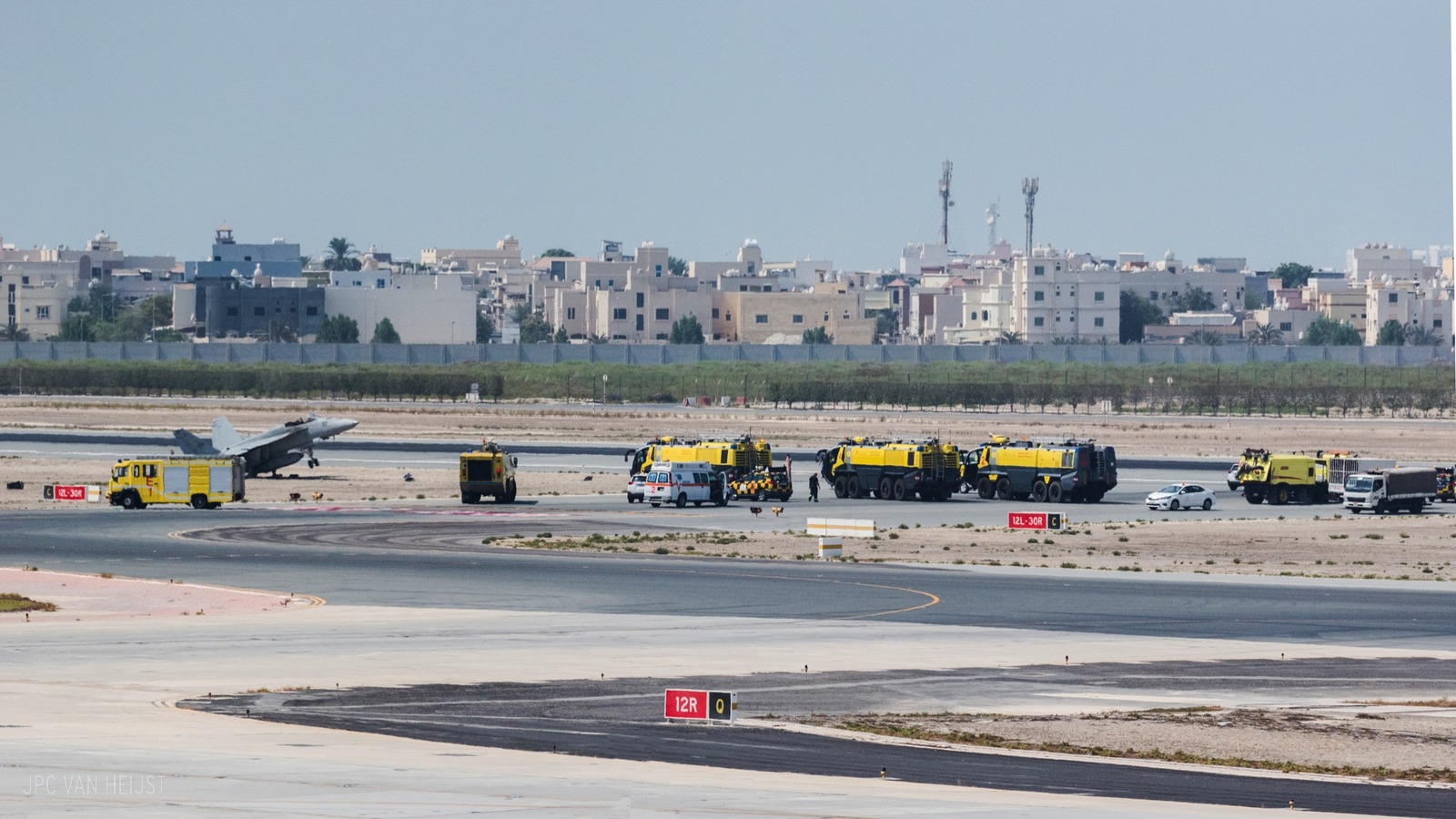 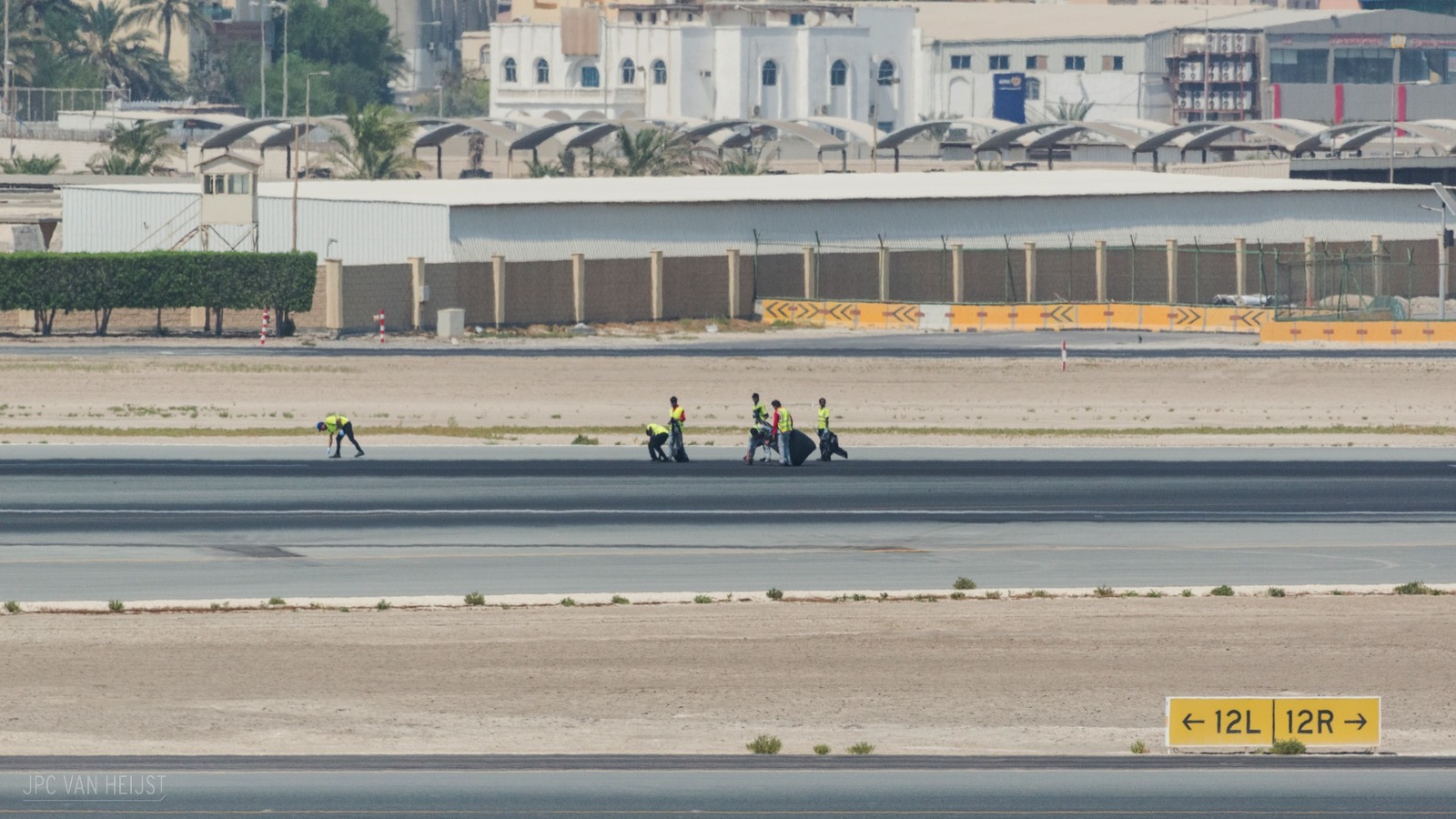 The US-navy fighter jet crash landed just minutes before, leaving a long trail of debris on the runway and ending up 180' around on the side of the runway.
Judging from the pictures, the pilot ejected safely and the aircraft sustained heavy damage to the undercarriage, elevators and wings. For now, the airport is closed but hopefully operations will resume swiftly again.

Most important thing though, is that the pilot presumably walked away safely and managed to save the airplane in the meanwhile.