Last night, flying from Hong Kong to Baku, we witnessed something that was truly a once in a lifetime event. What started unexpectedly with an unusual bright spot on the horizon quickly changed into a droplet-shaped bubble that rapidly grew in size and altitude. 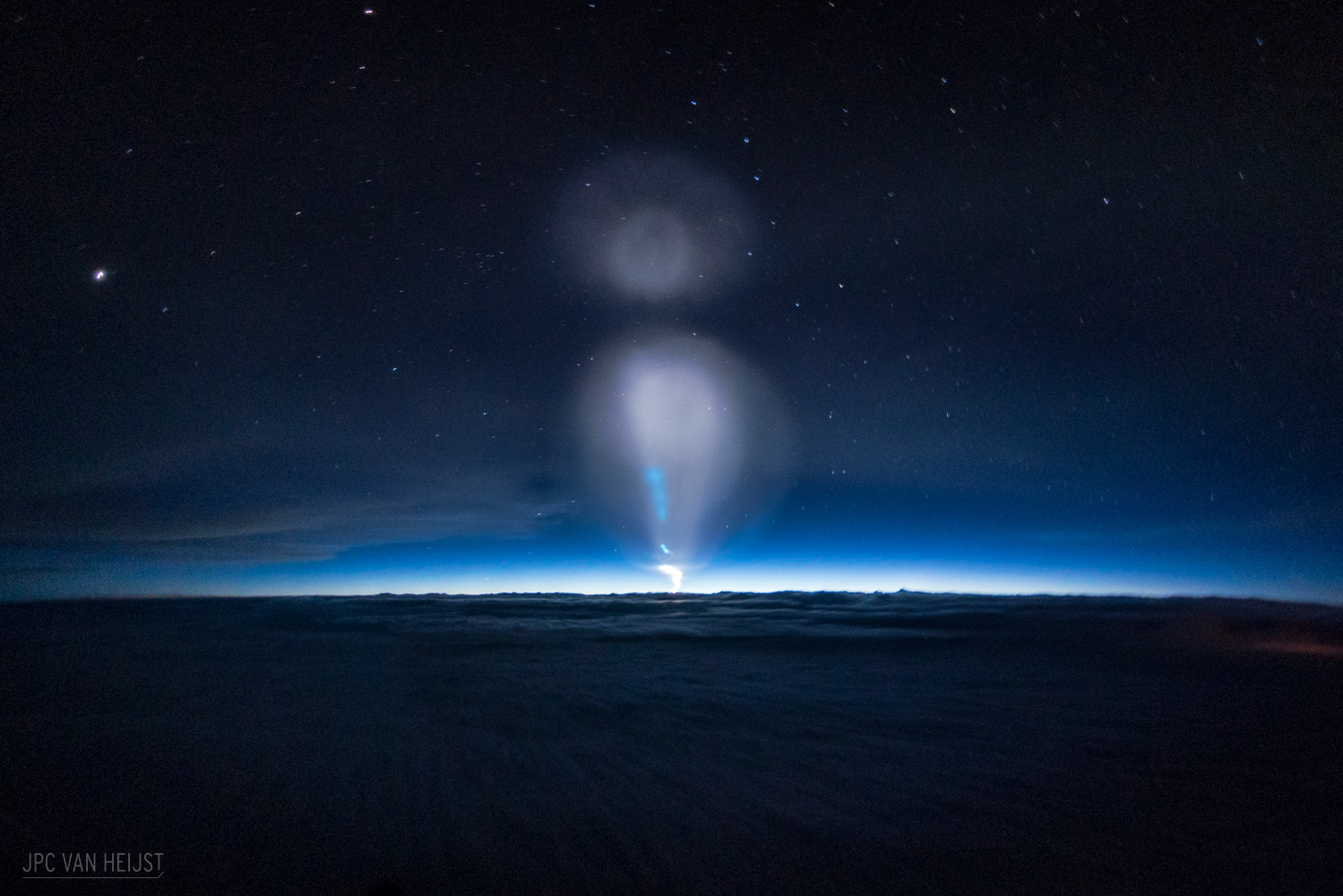 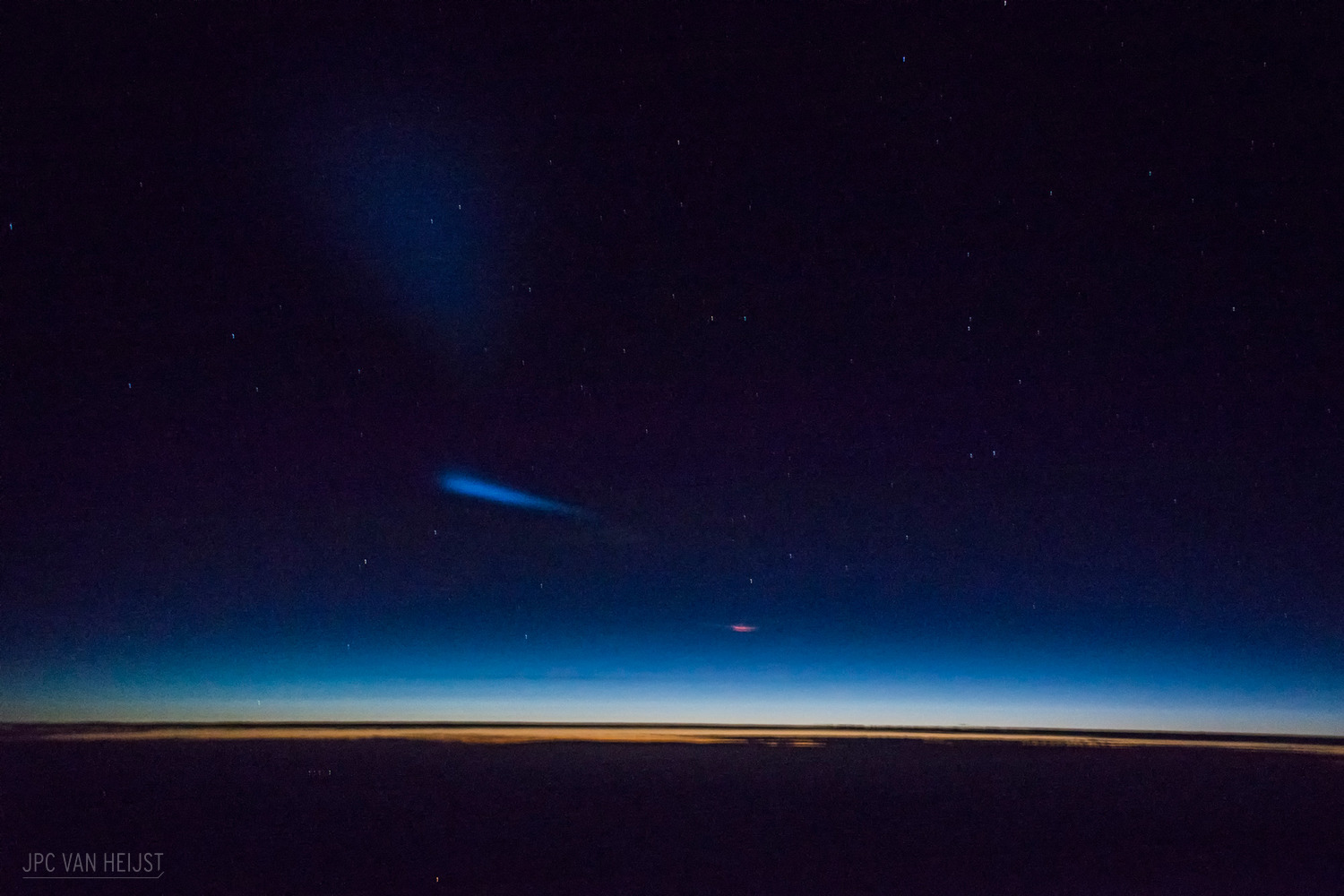 Just a few minutes later, the illuminated flume and shape started forming a brightly curved trail that was accompanied by various illuminated spots in the dark sky that varied in color and shape, probably depending on the angle by which they were illuminated by the sun that was already behind the horizon.
This visual spectacle came as a total surprise for us since the airspace was open and only a few temporarily closed areas were north and south of our route.

The entire event took no more than 12 minutes, from first spotting the bright light to the last dissipating glowing spots in the sky.

My knowledge of shock-waves and the behavior of gasses in the upper atmosphere is extremely limited, but looking at the photos it looks as if something was travelling through the upper reaches of the atmosphere with incredible speed and altitude.
Naturally, Im reluctant to link such events to UFO's or aliens, and therefor I think the explanation could be something closer to earth like a launch from Kazackstan's Baikunur.

Whatever it was, I'm lucky there happened to be a Dutch pilot with his camera at hand that was able to document it before it vanished.