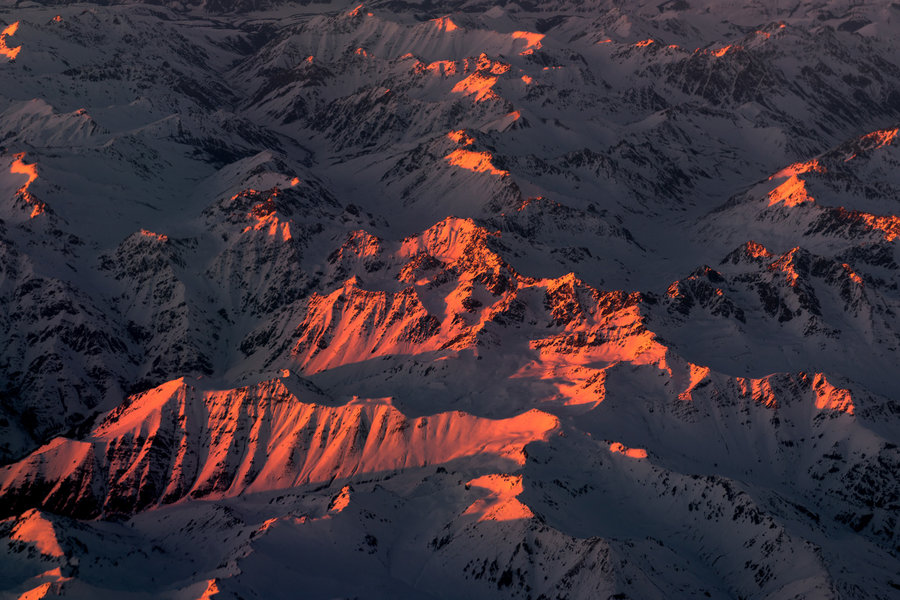 Sunset over the Himalaya

From 1942 until the end of the Second World War in 1945, allied pilots cynically named their extremely dangerous and deadly flights over the Himalaya mountains as crossing 'The Hump'. Transporting supplies from India to China, the crews risked and lost their lives by the hundreds in harrowing adventures that are nearly forgotten those days.

While flying (more than once overloaded and out-of-trim) C-47's, C-46's, B-25's and the like, sometimes up to 6 times a day across The Hump, they supplied the Chinese forces with thousands of tons of material and goods in an attempt to halt the advancing Japanese forces.

Often barely trained and inexperienced crews, poor maintenance conditions with a shocking lack of spare parts, foul weather that came with howling winds up to 150 mph, extreme air-currents lifting airplanes up to 20.000ft and the next minute throwing them down to 6.000ft with just as much ease, heavy inflight-icing and no visibility; they crossed dangerous and high mountains that did not allow any radar or radio contact for the entire route.
The other days, with good weather, they had to take their chances of encountering the fierce Japanese Zero fighter-planes. After 3 years of crossing The Hump, a staggering 594 airplanes and 1314 pilots were lost, including 81 airplanes that have never been seen again, having found their demise somewhere along the windy peaks, glaciers and ridges on the roof of the world.
Silent and undisturbed aluminium remains that have been left undiscovered since their fatal departure, maybe to be found one day by a coincidental bypasser together with their unfortunate crews and their unmarked remains. Most, or all, will be be an eternal part of these inaccessible Asian mountains.
Long after our memory about those individuals, their history, and eventually humankind is gone.

Relatively unknown stories like these are amazing to read about for me, being interested in history and aviation alike. When I'm crossing the Northern part of the Himalaya mountains comfortably in my 747, I occasionally let my eyes glide over the landscape and my thoughts wander into the past, into the books I've read and adventures I've read about. Having the deepest respect for the crews that crossed those kind of ridges in their metal crafts that could barely clear the peaks, fighting battering snowstorms, winds, politics and enemy bullets.

One of the most interesting literary adventures about these crossings (albeit just a small part of a much bigger story in aviation) is Ernest K. Gann's 'Fate is the Hunter'.
Flying his personally deeply-hated C-87 Liberator (that he so colourfully describes as "They were an evil bastard contraption, nothing like the relatively efficient B-24 except in appearance.") was troubled with constant issues with the electrical and hydraulic systems at altitude, loss of cockpit lights during takeoffs and cockpit heating.
Even worse, the C-87 had serious takeoff performance issues during heavy weights, resulting in Gann nearly crashing into the monumental Taj-Mahal when running out of performance and barely gaining altitude after he departed from Delhi. A definite jewel of aviation-literature.

Other interesting reading material about those adventures are 'Flying the hump to China' (Steven King) and 'China's Wings' (Gregory Crouch).