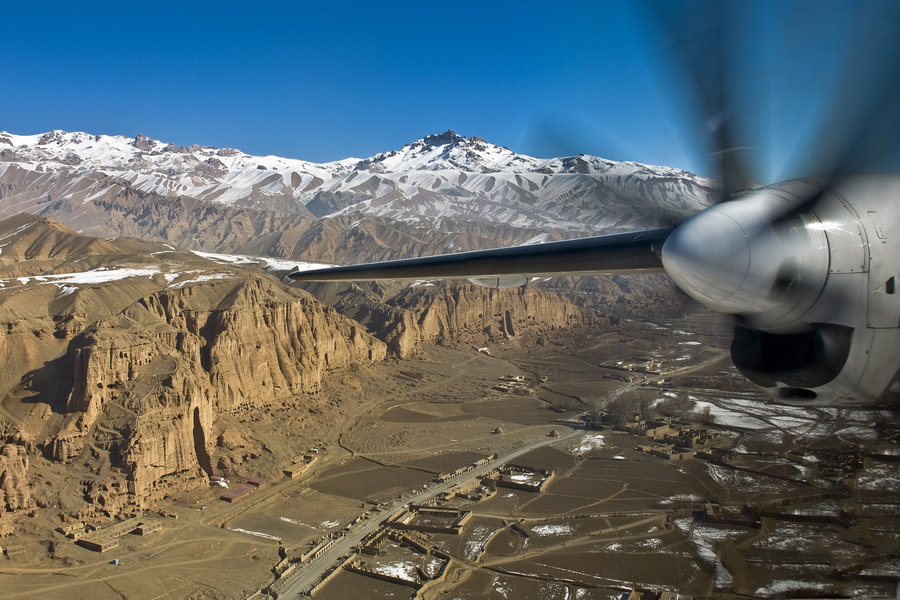 Afghanistan - Somewhere in the early months of 2008... an empty flight with crystal clear weather and a routing through one of the most monumental valleys in the entire world; through the Bamiyan valley.

One of the most memorable flights in my career so far, somewhere in the early months of 2008.  An empty flight with crystal clear weather and a routing over one of the most monumental valleys in the entire world; The Bamiyan valley. The valley was home to the massive Buddha-statues that were 55 and 37 meters high and hundreds of monastaries inside the cliff, that are still visible as many holes in the rock around the statues.The statues were built about 1500 years ago when the valley was seeing a lot of visitors from all over the world travelling on the Silk Road, the ancient trade route between China and the West. Budhism was one of the major religions in pre-Islamic history and relics can be seen today in various forms.In 2001 the Taliban decided to destroy the statues with anti-aircraft guns, tanks and explosives leaving only the niches of the once majestic symbols of this rich history in Afghan history. Valley situated at 8200ft above sea level and peaks rise up to 20.000ft+