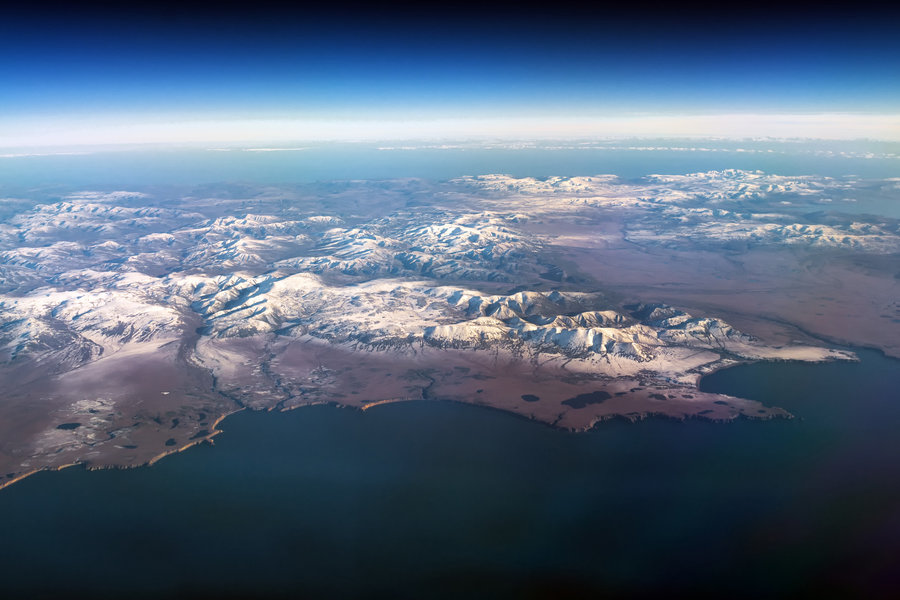 A few days ago I flew from Hong Kong to Anchorage, and due to a major typhoon over Taipei we were rerouted from our original route over the Pacific Ocean to a more Northerly route over mainland China and further up into Eastern Russia. We flew over the Magadan Oblast and Chukotka autonomous regions via the Bering Strait and the Arctic Circle to Alaska.

I've never flown this route before and we were lucky enough to have a cloudless sky with perfect visibility for the entire time until the sun set in so far North. The complete and utter desolate wilderness that passed below us made a big impression on me.

For almost 3,5 hours an endless landscape of tundra, mountains, hills, cliffs, shores, rivers, lakes and forrest passed by with not even one single sign of human presence. No roads, no villages, no power cables, no ships; nothing.
Absolutely nothing that hinted that any human has ever walked, or perhaps even seen those valleys from the ground.

This was probably one of the last days of the year before the extreme winter sets in again that covers everything in snow and ice until the summer of 2016.
It felt as if we flew over a different planet and I could not have seen a difference; very impressive and I can only hope to fly here once again and enjoy the beautiful scenery without clouds obscuring the jaw-dropping view.